Volume > Issue > Not Over the Hump Yet 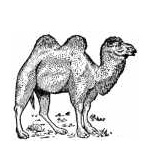 Not Over the Hump Yet

As most readers know, since last November we have been trying to raise $165,000 to restore order to our financial house and prepare for the inevitable losses we will suffer this year publishing an independent Catholic magazine. We are pleased to report that, to date, we have raised $122,975. We have been heartened — yes, humbled — by our readers’ outpouring of generosity in response to our plea. We heartily thank each of you who has helped sustain our apostolate in these difficult times. Still, we are more than $40,000 away from reaching our fundraising goal. We’re not yet over the hump.

The act of begging for funds to continue our operation is not one we relish. In an ideal world, the discussion of ideas, and analysis of current events, from an orthodox Catholic perspective that the NOR provides would be a big draw among the general public. Not so: It is a struggle simply to attract the attention of committed Catholics. Alas, ours is not an ideal world — not even close. For the reasons spelled out in our November 2009 editorial, “How Many Victims Will the Revolution Claim?” we small Catholic publishers are riding the razor’s edge of financial ruin.

In that editorial, in addition to our own struggles, we examined those of several of our colleagues and the measures they’ve taken to attempt to ride out the rough road ahead. We wish each of them success. It comes as no surprise that additional publishers have sounded the alarm about their own difficulties in this crisis. Our friends at Homiletic & Pastoral Review, for example, are instituting a series of changes to their operation. In January, Fr. Kenneth Baker, S.J., announced that he is being replaced as editor by another Jesuit, Fr. David Vincent Meconi. Thus ends Fr. Baker’s remarkable forty-year run at the helm of HPR, during which he steadily guided the magazine through a period of intense turmoil and confusion in the Church, never wavering in his insistence upon orthodoxy. Fr. Meconi’s name should ring a bell among longtime readers of the NOR: He has written several superb articles and book reviews for us over the years.

For those keeping score at home, this represents, by our count, the eighth change in editorship at a Catholic publication over the past couple years. The others, in addition to HPR and the NOR, include The Latin Mass, Our Sunday Visitor, National Catholic Reporter, National Catholic Register, Touchstone, and First Things — the last two aren’t Catholic magazines, but do have a number of Catholics on their editorial staffs. A handful of these publications — the NOR, HPR, Our Sunday Visitor, and First Things — has “gone young,” meaning that there’s been an infusion of new blood into the old media.

Letters to the Editor: September 1985

Those wonderful machines that science has enabled us to construct have made it possible to imagine ourselves as masters of our fate.