Volume > Issue > Newman in Italy: From Tourist to Pilgrim 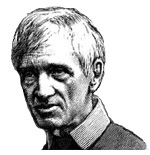 Newman in Italy: From Tourist to Pilgrim

By Clara Sarrocco | December 2014
Clara Sarrocco is the longtime secretary of the New York C.S. Lewis Society and a graduate of Fordham University. Her articles and reviews have appeared in Touchstone, Saint Austin Review, Gilbert Magazine, The Chesterton Review, Catholic Historical Review, and The Fellowship of Catholic Scholars Quarterly. She has taught courses on C.S. Lewis at the Institute for Religious Studies at St. Joseph's Seminary in Dunwoodie, New York, and at the Seminary of the Immaculate Conception in Douglaston, New York. She was recently elected president of the Long Island Chapter of the University Faculty for Life.

In December 1832, at age 31, John Henry Newman, then an Anglican cleric, accompanied his friend and colleague Richard Hurrell Froude and Froude’s father, an Anglican archdeacon, on an extended trip to Italy. He left the cool, intellectual air of Oxford, England, and found himself surrounded by the lively, spirited practices of an Italian church. Both he and Hurrell were, at best, extremely wary of Roman Catholicism. Upon reaching Italians shores, Newman’s reaction, however, was not what one would expect, especially considering how much his family, friends, and colleagues were revolted by “dogmatic religion,” one they considered foreign and disreputable.

Newman had recently finished the grueling task of writing his book The Arians of the Fourth Century, though it was not yet published. Great difficulties at Oxford forced him into a disagreement over the function of tutors. As a result, Newman was relieved of his tutorial obligations, which was a blow to him. Added to this, Newman’s beloved youngest sister, Mary, had died suddenly only a few years earlier. Exhausted from these emotionally wrenching situations, it was with joy that he accepted the Froudes’ invitation to join them on their trip abroad.

Richard Hurrell suffered from tuberculosis, which would later claim his life. Hurrell had decided to sojourn to the Mediterranean because, like many nineteenth-century Englishmen, he thought that warm air and sunshine could help restore the health of those who suffer respiratory ailments. Indeed, both Keats and Shelley are interred in the Englishmen’s Cemetery (Cimitero degli Inglesi) in Rome, where grave markers attest to other famous Englishmen buried there, such as artist Joseph Severn and author Edward John Trelawny. Many, like Keats, went to Italy with the hope of recovering their health, and Hurrell followed them with the same yearning.

The group departed from Falmouth on December 8, 1832. They stopped at Gibraltar and other Mediterranean ports and finally at Naples. On the Italian mainland, they visited churches, enjoyed the music, and treasured the art found in even the most ordinary places. Rome in particular spoke to Newman’s sense of three thousand years of a complex history.

The Italian sojourn gave Newman a chance to formulate plans for the future and to restore both his mind and body. Hurrell’s ideas on the Blessed Virgin Mary, saints, penance, mortification, and the Real Presence made deep impressions on Newman. They also prepared him for the religious practices that formed the culture of the places they were to visit. Indeed, Newman was both enchanted and perplexed by the new scenes and ceremonies he encountered, especially those related to the strange and exotic Catholic Church. His letters home eloquently attest to this. In a letter to his friend John Federick Christie, he wrote, “You have to view Rome as a place of religion — and here what mingled feelings come upon one. You are in the place of martyrdom and burial of Apostles and saints — you have about you the buildings and sights they saw — and you are in the city to which England owes the blessing of the gospel — But then on the other hand the superstitions; or rather what is far worse, the solemn reception of them as an essential part of Christianity.”

Several months later, the Froudes ended their trip and went home to England. Newman, however, stayed behind to return to Sicily, where their Naples-bound steamer had stopped for several days, to visit its antiquities and to enjoy the countryside, which he described as “like the garden of Eden.” Perhaps it was the well-preserved Greek ruins or the jasmine-scented air that spoke to Newman’s heart. Whatever the case might be, it was a life-changing decision. With his guide-interpreter Gennaro, he went on a trek throughout Sicily. Walking and by mule, he visited the historic places and churches that dot the island. Newman recounted a lone walk in the countryside during which he heard beautiful chanting at a nearby church. When he entered, he was deeply impressed by the devotion of the people in prayer at Mass.

At every step, what I wanted was for my grandfather to know and love Christ. What I expected that to look like changed and matured as I did.

Eating My Words: From Campus Crusade for Christ to Eastern Orthodoxy

We studied the issues in both Scripture and history and came to the conclusion that the East was correct on both the papacy and the filioque.