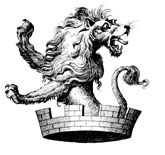 TO REPAIR THE CHURCH

By George A. Kelly | December 1997
Msgr. George A. Kelly was Secretary for Education to Cardinals Spellman and Cooke. Prior to his retirement, he was John A. Flynn Professor of Contemporary Catholic Problems at St. John's University in New York. A past President of the Fellowship of Catholic Scholars, he is the author of The Crisis of Authority and Inside My Father's House.

How many good Catholics are there in the average parish today? Does the pastor know? How would he decide? Would he dare to say to anyone: “You’re a bad Catholic, you know”? Forty years ago a priest could walk down a city street to inquire “Are you a Catholic?” and hear in return: “Yes, but I’m not very good at it.” Today, he is likely to be told: “Yes, but I don’t agree with the Church on many things.”

Forty years ago the norms of Catholicity were clear: Sunday Mass, chastity, valid marriage, Catholic education, sacramental life, good works, concern for the salvation of one’s soul and the souls of those in one’s care. By World War II, social scientists graded Catholics by the degree of their adherence to Catholic norms and structures. There were: (1) the “Enthusiasts,” said to compose about 10 percent of churchgoers, who obeyed the Commandments and helped run the parish or the diocese; (2) the “Regulars,” who did all that the Church expected of them worship-wise and sacramentally, without being activists; (3) the “Irregulars,” who retained Catholic identity without being noticeably pious, yet mostly managed to die with the Last Rites; and (4) the “Apostates.” Good standing in the Church was commonplace. Catholics knew which category they fitted into, and one did not have to be an apostate — or an excommunicate — to “feel” a low standing in the parish community.

During the post-World War II period, the movement of American culture away from its religious roots began to have its effect in Catholic circles. One old pastor, Msgr. John Moylan, took note of the changes that were taking place in the priesthood as early as 1955: “When I was ordained in 1904,” he recalled, “my new pastor greeted me with the remark, ‘They tell me you know a lot for a man your age. I don’t care what you know. Are you willing to work hard to help me save the souls of our people?'” Msgr. Moylan then added: “Sentimentality is creeping into the Church. Our new curate expects me to pay more attention to his excuses for not doing what he is supposed to do, than to the priestly work that we all must do.” The old man had the strange idea that the young priest came to St. Monica’s “to serve the parish and the pastor, not to have his personal wishes control what he would or would not do.”

Through most of John Moylan’s 50 years of parish priesthood the norms of Catholicity were clear, and respected. And to the amazement of Europeans, 75 percent of all American Catholics took those norms seriously — by living their lives according to Catholic norms.

Is It Time to Elect Bishops Again?

Kenneth Baker, S.J., urged that bishops stay with appropriate dioceses and not be moved from place to place, always on the lookout for an ecclesial career upgrade.

The Present State of the Catholic Church in England

If a new generation of Catholics has arisen which is largely ignorant of what it means to believe, then Cardinal Hume must take part of the blame.