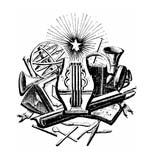 Miracles Do Not Speak Halfway

By Mitchell Kalpakgian | December 2008
Mitchell Kalpakgian, a Contributing Editor of the NOR, is Professor of Humanities at Wyoming Catholic College in Lander. He is the author of The Marvelous in Fielding's Novels (University of America Press), The Mysteries of Life in Children's Literature (Neumann Press), and the forthcoming Wisdom Ever Ancient, Ever New (Neumann Press). This article is a sequel to his December 2006 NOR article "One Red Rose for Christmas." It has been adapted from chapter 10 of his book An Armenian Family Reunion (Neumann Press; www.neumannpress.com).

Stepan had asked his sister Melanie to tell Thursday evening’s story. He introduced it briefly, knowing the story spoke for itself and needed no long preambles. He began, “As you hear Aunt Melanie’s story, just keep in mind that miracles do not just occur in the Gospels or in the lifetime of Christ. They can happen in ordinary life to anyone, but it’s important to believe in them. I won’t say another word.”

Melanie introduced the story: “This episode occurred in the second year of my marriage when I was twenty-three and pregnant with my first child. Armen had just finished reading a short story from a paperback I had picked up for him at a garage sale. The book was Paul Horgan’s Humble Powers. Touched profoundly by the power and meaning of one of the short stories in the collection, ‘One Red Rose for Christmas,’ he urged me to read the story. Naturally, I wanted to know what it was that excited my husband so much that he insisted I read it. So I read the story and was captivated by it from beginning to end. Armen was right: It was one of the most beautiful, heartwarming stories I had ever read. I remember commenting to him right after I completed it, ‘This story should be made into a movie.’

“This story was like some treasure or secret that only the two of us seemed to know about. No one ever recommended this story to us; none of our high school or college literature courses ever introduced us to the work of Paul Horgan. We felt that the two of us had found some lost masterpiece of literature.

“In the story, Sister Mary Agnes (Mother Seraphim) grieves over the loss of her twin sister, also a nun, Sister St. Anne, who died from a mortal illness contracted after exposure to the cold when a fire broke out at the orphanage where she cared for the young. The fire was accidentally caused by a chronically wayward, disobedient girl named Kathie — a child whom Mother Seraphim finds difficult to love and forgive. When, after the tragedy, the bishop in the story probingly asks Mother Seraphim, ‘And yet you must struggle, must you not, daily, not to hate her?’ Mother Seraphim confesses that ‘it is hard’ for her to show any real charity or forgiveness to Kathie. During the year that elapses since the fire and the death of Sister St. Anne, Mother Seraphim becomes increasingly depressed.