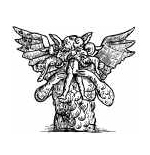 He’d met her online. They were 700 miles apart, so it would start long distance. It surprised him that it started at all. She caught him by surprise one evening when she called his office phone. She already knew he was a pay-per-course nobody, and maybe he’d told her that he shared an office with six others. He couldn’t remember. He was alone, he picked up, and he told her he’d call her back in a few minutes from his cellphone. From then on, they spoke by phone.

She wanted to fly in and meet. At the airport, he was disappointed by how she looked in person. But by that stage in his life, he didn’t think he could do better; besides, at the time, whatever this was could have been only for a weekend. Sex still seemed important, and he enjoyed taking her to restaurants. Vietnamese, Thai, Chinese, Malaysian, and so on. They ate a couple meals a day at restaurants and food trucks as he showed her the city sights.

The first restaurant was fashionable and affordable — a Malaysian place that did extremely well. It stood by the Arch in Chinatown. At the table, a two-seater, after they ordered, she looked at him and suddenly exclaimed, “What are you going to do for me?”

It was weird. It spoke to what was in her head, but it was out of the blue — and out in the open. They hardly knew each other at that point. What was he dealing with? It made him nervous. A little scared.

The dishes arrived, and the food took the edge off. They dug in. Malaysian rice and noodles. Shrimp, egg, spices. A pot of hot tea that they poured into the little white porcelain cups for which Chinatowns are famous.

From there, he showed her the city — several college campuses, museums, and shopping areas. They did the tour. They were no longer young.

He moved for the wrong reasons, but they’re the same reasons most people move. Let’s face it — most weren’t dealt a winning hand, and they had to improvise. They did the best they could. There was a relationship waiting for him in the new town, but he moved for the job. And a change of pace. His hometown had gotten old. He’d been teaching five courses and proofreading on the side, and he’d done this for too many semesters in a row.

She had gotten him the job. He’d never had a job he wanted to stay at his entire working life. This one was no different. He didn’t smile, and he didn’t fit in. Because he didn’t smile, his strategy was to work like a dog once he had a position. He liked working because it took his mind off the rest of it.

In 100-degree heat, he began teaching on August 20. He’d never started that early back home. It was intense, the beginning. He was the same as always — unable to keep a conversation going, so he tried to get in a funny line when he could. “No one threw a shoe” was his response when the course scheduler — the woman who had hired him — asked him how the first week of classes had gone. She laughed at that. He had plenty of work, prepping to teach novels and trying to keep the attention of general-education students.

“Shack jobs” is how the poet Charles Bukowski described live-in lovers. He wasn’t such a primitive, but early on he felt the lack of space. There were two bedrooms, and he more or less took one. He stayed in there as much as he could.

And then, when he came back from Thanksgiving — he’d gone home alone — she told him she was pregnant. They were lying in bed late at night; he was exhausted, and she announced the news — just like that. He fell asleep scared.

A few weeks later, they made the appointment. They were headed 60 miles up the road for the procedure. He was driving a 15-year-old four-cylinder, an orange five-speed manual he had bought from a curbstoner years previously — it was all he could afford then — so that was the ride in which they made their big decision. So to speak. He was a teacher earning $30,000 a year, driving a rusty tin can on wheels; he’d impregnated a grad student in her late 30s whose career prospects looked iffy at best.

Driving straight to the clinic was likely the rational move, if not exactly ideal. But he looked over and saw fear washing over her face. He wasn’t so keen on a trip to the clinic himself. Terrifying? Immoral? Not inexpensive? The thought that it was murder never fully formed in his head. He couldn’t prove that his participation would be the most abhorrent act of his life, but he couldn’t think of anything else he’d done that was worse.

Another mile or two and that was enough. Right there, driving down the road, ten miles under the speed limit, they agreed she’d have the baby. They shared a weird smile. He was relieved, almost happy. He too had been an accident, and his child would be a happier one. Or so he hoped. He had to piss like an octogenarian after a gallon of coffee.

He stopped the car on the shoulder and stepped onto the gravel. He walked up a dirt road to a wooden fence in front of a row of conifer trees. It was early enough in the morning that he took a long, lazy leak right there instead of hopping the fence to hide behind a tree.

He thought back to his only trip abroad — Taipei, Taiwan. Tutoring only a few hours each evening, he lived in a walk-in closet and typed the day away on a cheap used laptop. Poof! After eight weeks, a full rough draft. A memoir about his father’s destitute years, the late 1970s to the early 1990s. He’d take a break and drink coffee on the balcony-style walkway outside the tiny apartment where he could see the same Taiwanese women playing tennis on the courts across the road. His landlady once indicated that they might be “liberated” — wealthy with no visible means of income.

Now, years later, he recognized that with a child on the way, this would elude him — enough money to avoid worry. To feel secure and at peace. And he’d certainly never finish writing that book. No, sir. From now on, his life would be a working one. He would scramble for dollars. Get a kid through college? He’d probably never have enough. No weekday mornings and afternoons on tennis courts. That much was assured. He wouldn’t be wasting his time swatting a fuzzy green ball.

And then he thought of what could go wrong — the child could fall off a rollercoaster or drown in a lake. Get hit in the head by a ball in a Little League game and suffer irreversible brain damage. Or be a complainer — at his side to criticize his every move — or have a learning disability or autism. They could do it all wrong; they could spoil their child — buy too much stuff, or the wrong stuff — all the electronics that ruin a kid. As an adult — into his or her 30s — his offspring could call up to whine and plead for money. Or could get killed in a bar — an innocent sipping cocktails in a lawless country — or, worse, kidnapped by aliens from outer space. They would beam down and sweep away his child, who would be disappeared as if America were Stalin’s Russia or Mao’s China. It could all go wrong.

With that, he strode back to the car with confidence. He recognized that this new turn of events — this morning decision — need hardly secure a life sentence. There was a chance that, with good behavior, he’d win his release soon.

As he returned to the five-speed, distracted, he stumbled on the gravel and found himself flopping against the driver-side door. He felt brief pain in one ankle and both knees. But he was fine. A tweak or three, nothing worse. He eased himself inside and smiled at his pregnant partner, who smiled back.

Instead of their original destination, they drove downtown and ate lunch at a fancy burger joint. He felt good — joy, even. The portions were generous; the mood was right. He left an ample tip.

Soon after, they stumbled out of a dollar theater that would close before their little boy was born. They saw the warm and fuzzy film — quirky and bright — about a teenager who decides to have her baby. They left the movie house giddy and satisfied. Years later, the girl who starred in the film would become a man. Their son would be nearly a teen by then.

But stumbling out of that theater — feeling years younger than they’d been going in — he knew he was going to be a father. It didn’t bother him. It was exciting, in fact — an amazing turn of events in his life. They could live happily ever after. With a family, albeit a small one, he could be saved.

How to Change a Culture

The outcome of the pro-life struggle hinges on the legal status of abortion. As long as it remains legal, we're losing; once it's outlawed, we've triumphed.

A Purely Secular Argument Against Abortion

Because the question of when life begins has a true answer, opinions have no bearing or influence upon what that “truth” is — yet people erroneously act as if it does.