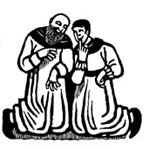 THE BRITTLE ARCHES OF DISSENT

Are dissenters more authentic Catholics than the orthodox? Have the orthodox failed to understand the Second Vatican Council? The answer to both questions is yes, according to the prominent liberal Jesuit moral theologian, Richard A. McCormick (writing in Commonweal, Feb. 27, 1998). The purpose of his article, entitled “The Church & Dissent: How Vatican II Ushered in a New Way of Thinking,” is to legitimize dissent as not only an acceptable activity in the Church but as itself the most authentic understanding of the Council.

To understand the Council, of course, one consults the Council’s documents. The primary Council decree on the Church’s understanding of herself and her nature is Lumen Gentium, and any discussion of what the Council meant should feature it. Significantly, McCormick does not cite Lumen Gentium in his long article. But he quotes copiously from Gaudium et Spes. His selectivity is quite predictable, for Gaudium et Spes has long been used by liberals as their Magna Carta.

Ignoring Lumen Gentium, then, McCormick argues that in the Council the Catholic Church approached the modern world in an open and trusting spirit. She humbly repented her past suspicions of the world and warned the layman “not [to] imagine that his pastors are always such experts, that…they can readily give him a concrete solution” (Gaudium et Spes, 43). McCormick then gives this self-serving gloss on the word “pastors”: “I note only that the word ‘pastors’ includes bishops, even the bishop of Rome.”

Inevitably McCormick cites the development of doctrine as a charter for dissent, quoting here the Council’s Dei Verbum. The spirit of ecumenism also governs, since the Council recognized religious truth in bodies other than the Catholic Church. And in the Council’s recognition that sincere Christians may disagree with one another over “some specific solution in certain circumstances,” McCormick finds a further charter for “pluralism.”

The “New Spirituality” & the Ghost of Catholicism

The “new spirituality” is an ugly caricature of the truths of union with God set forth by the Church, her saints, and her Doctors.

In Ask the Beasts, Sister Elizabeth Johnson develops her own evolutionary theology, and of course attacks Church teaching.