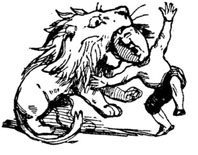 By Casey Chalk | January-February 2019
Casey Chalk is a graduate student in theology at Christendom College and a regular contributor to The American Conservative.

It began in October 2005 in Karachi, Pakistan. Michael’s father had died, and his family was having a wake in their home. Two men, members of the Islamic extremist group Tehrik-e-Taliban Pakistan (TTP), showed up, ostensibly to pay their respects. A few months later, they returned, urging Michael and his family, all Catholics, to convert to Islam. This went on for years, the proselytizing increasing in severity and over time including harassment, threats, and physical assaults. On one occasion, the Muslim militants brandished a gun in Michael’s home; on another, they attacked him under a bridge near his church. In March 2018 they dragged him out of his tuk tuk, a motorized rickshaw he used to earn a living, beat him with a metal rod, and burned his vehicle.

To faithful readers of the NOR, Michael’s story is painfully familiar. I’ve been writing about him periodically since 2016 — most recently, “From a Witness in Bangkok to a Near Martyr in Karachi” (May 2018). I encourage those only now picking up the story to read my previous NOR articles; they are a testament to this Catholic family’s faithfulness in the face of unthinkably violent persecution. What follows are the latest events in the saga of the suffering Michael and his family have endured.

After the physical assault he suffered at the hands of Muslim extremists last March, Michael spent the next few months in recovery, both at a hospital and in his home. The tuk tuk, his only means of income, was gone. Much of the thousands of dollars my wife was able to raise on his behalf went to his medical expenses. I urged Michael to remain in hiding, grow a long beard, and wear clothes similar to the Muslims who attacked him. Blending in and apostasy are two entirely different things; there’s no reason to draw attention to yourself in a city full of men eager to make examples of Christians. We heard little from Michael and his wife, Rosemary, for several months.

In July they sent us a message that they were no longer in Pakistan. They had found someone willing to smuggle them out of the country. This shadowy individual promised them exile in Europe — specifically, majority-Catholic Poland. The journey would take them by way of Azerbaijan and Moscow. I was highly suspicious of this course of action. Indeed, Poland, along with several other Eastern European countries, had rebuffed the liberal immigration policies of the EU and German Chancellor Angela Merkel, who had welcomed approximately one million Muslim immigrants into her country. Even if Michael’s family were persecuted Catholics, would Poland be willing to take them in? It seemed a dubious mission.

The Origins of the French "Jihad of Proximity"

Embracing Islam is a fast way to go from the plain-vanilla dullness of "white privilege" to the thrilling and coveted status of aggrieved and irascible victim.

The Astros' systematic cheating vitiated the sanctity not only of the game of baseball but a core feature of American identity.

The Post-Liberal Project & the American Polis

The post-liberal project is an interesting intellectual exercise that offers cautions regarding Catholicism’s imperfect alliance with the current American regime.