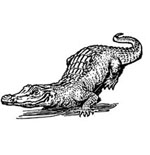 The dire state of the Catholic publishing industry was driven home by our colleague Robert Moynihan in his April 20 e-letter. Moynihan, editor of Inside the Vatican magazine, recounts a conversation he had recently with his old friend, Roger McCaffrey, president of Roman Catholic Books and the founder and former publisher of The Latin Mass magazine. “It was an interesting conversation,” Moyni­han writes, “as he [McCaffrey] has 30 years of experience in publishing Catholic books and magazines. He told me he now thinks that all Catholic print publications face such grave challenges that most will not survive more than a few more years, as readership will decline and prices to print and mail will rise.” A grim forecast indeed. As we wrote in our November 2009 editorial, “How Many Victims Will the Revolution Claim?” the challenges we in the industry face, though certainly compounded by the dips and crests of economic fluctuation, are more profound than the nausea induced by market turbulence. We are in the midst of a cultural upheaval, the likes of which are hinted at in the preceding New Oxford Note.

But there are professions whose fates will be determined by the breadth and duration of the “Great Recession” — professions that were already being phased out by the structural changes in the economy before the recession dug in. In February the Forbes magazine website presented a list of the “top dead or dying career paths” in the U.S. In the interest of spreading the misery around, we include some of the highlights.

·  Computer operators. The proliferation of personal computers is killing this once-thriving profession. Between 2004 and 2009 some 42,000 of these jobs were eliminated, victims of technological advance.

·  Photo processors. Ditto the above, only substitute “digital cameras” for “personal computers.” We hardly knew you, Kodachrome.

A report by the U.S. Congressional Budget Office stated that legalization of same-sex marriage in all fifty states would generate a huge tax windfall.

European Catholics grew aware of the need for an effective response to the conditions created by capitalism and industrialism during the 19th century.