Volume > Issue > Is Modern Man Too Healthy for Literature? 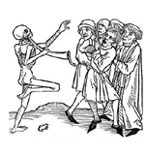 Is Modern Man Too Healthy for Literature?

By Thomas S. Martin | January-February 2018
Thomas S. Martin holds the O.K. Bouwsma Chair in Philosophy at the University of Nebraska at Kearney. He is dedicated to the study and teaching of the Great Books, including the works of Plato, Aristotle, Dostoyevsky, Locke, Hume, Descartes, Nietzsche, Kierkegaard, Freud, Sartre, and Chesterton. This article appears in somewhat different form in his new book, The Death of the Soul: Critical Essays on the University (Chisokudo Publications), and is reprinted with permission.

“The days when fiction had a central role in American culture, when novels piqued the public imagination, are long gone. I think that, for good or bad, whether it was a delusion or not, there was a sense among us, to put it very squarely, that literature mattered. The society [today] is informally ignorant of this aspect of life: literature. It doesn’t care. It’s just a tiny distraction, and not an interesting one. The screen did it, didn’t it? First, the movie screen, then the TV screen, then the computer screen. The human mind prefers the screen.” — Phillip Roth

In my “Introduction to Ethics” class, in addition to the first five books of Aristotle’s Nicomachean Ethics, we read Cancer Ward by Alexander Solzhenitsyn. It is, as Russian novels are, long — 536 pages to be exact. In the last week of a recent semester, I congratulated the 25 pupils who had read their way through Oleg Kostoglotov’s journey through World War II, imprisonment in a Soviet Gulag, cancer, radiation therapy, impotency, love, and eternal exile. Then I asked them to answer truthfully two questions with a show of hands: How many of you have ever read a novel of this length before? And: Is this the first novel you have read? Their answers were, respectively, four and 21. How did you get through high school and college without reading a novel? I asked the students, who were mostly juniors and seniors. “CliffsNotes,” the bright-eyed young lady in the front row responded.

Phillip Roth is right about one thing: The days when literature had a central role in American culture are long gone. While it is comforting to know that 21 students have read their first novel, whether or not these students will ever read another remains for them to tell. They may all revert to the various screens to which they were affixed before we read and discussed each chapter of Cancer Ward.

The mind that “prefers the screen” is immature, undeveloped, and held captive by the world of appearances. Most of what is on television is mind-numbing; it is a medium established to market products. We switch it on to get away from our individual worlds. Next to sleep, there is no other activity on which America’s children spend more time. This tapers off in adult life; work gets in the way. But with DirecTV, over 500 channels are accessible, calling us like sirens to retreat into entertainment. There is nothing better for us guys than a one-hour football game stretched over a three-and-a-half-hour psychedelic period set to “This Bud’s for You,” complete with Tostitos and salsa, and beckoning us to lease a Ford-tough truck each year to drive us into old age, where we can peter out before the screen along with the Viagra-popping, ex-presidential wannabe Bob Dole, who gets a rise off Britney Spears strutting her stuff for Pepsi.

Literature might be “long gone,” but fiction survives and is doing quite well on the various screens that hold the modern mind captive. Never have there been more reading lamps, wing-back chairs, couches, bookstores (with a Starbucks), libraries, presses, and access to books (online) among people who are illiterate. This is not to say that Americans cannot read. The vast majority do read — street signs, job applications, directions for installing video games. They can be seen flipping through Sports Illustrated, People, and Time while waiting to have their oil changed at Jiffy Lube. But, sad to say, most Americans do not read literature.