Volume > Issue > Is Francis Doing What Jesus Did? 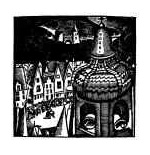 ON "GOING BEYOND JESUS"

By James V. Schall | September 2018
James V. Schall, S.J., is Professor Emeritus in the Department of Government at Georgetown University. Among his many books are The Order of Things, On the Unseriousness of Human Affairs, The Modern Age, The Mind That Is Catholic, and, most recently, The Universe We Think In (The Catholic University of America Press) and On Islam: A Chronological Record, 2002-2018 (Ignatius). Fr. Schall's last lecture at Georgetown, "A Final Gladness," can be viewed on YouTube.

“This is where Francis-era liberal Catholicism has so often ended up — in arguments that imply that the church must use Jesus to go beyond Jesus, as it were, using his approach to the ritual law as a means to evade or qualify the moral law, which means essentially evading or qualifying his own explicit commandments, and declaring them a pharisaism that the late modern church should traffic in no more. To fulfill Jesus’ mission, to follow the Jesus of faith, even the Jesus of Scripture must be left behind.” — Ross Douthat, To Change the Church

“This book is not inevitabalist. It is conservative, in the sense that it assumes the church needs a settled core of doctrine, a clear unbroken link to the New Testament and the early church, for Catholicism’s claims and structure and demands to make any sense at all.” — Ross Douthat, To Change the Church

The last, rather playful, words in Ross Douthat’s incisive new book, To Change the Church, are “‘Hagan lío!‘ Francis likes to say. ‘Make a mess!’ In that much he has succeeded.” Whether this judgment of success is a compliment, a condemnation, or both is the burden of the book. We have a Pope who tells the youth to go out and make a “mess” of things. Francis himself, in Douthat’s estimation, seems to follow those elder gentlemen of whom Plato spoke who take their cue from the youth and not from tradition, lest they be thought of as “out of date.”

Perhaps nothing could cause more international attention and consternation than the prop­osition that the venerable, unchanging Catholic Church, often held to be the last bastion of intellectual stability and sanity in the surrounding culture, has suddenly changed some fundamental doctrine she had doggedly upheld since her founding. It is the validity of this proposition of radical change that Douthat addresses in his widely read book on the Pope Francis era. This book is both a history of changes in the Church’s long past and an examination of the frequent changes that have taken place during Francis’s watch.

The fundamental question is not so much about the seeming “mess” that Pope Francis has, by his own wordings, caused, but about its meaning or content. What does it amount to? The question is no longer, as it once seemed to be, a question of heresy or schism. Heretics and schismatics today do not leave the Church to form their own separate bodies. Instead, they stay inside the Church and demand that they and their ideas be included. The real issue is now out of Francis’s hands. And that is whether the Church has any credibility, under any pope, if she so changes her doctrines and practices that she is no longer, in any meaningful sense, the Church consistent with that body of believers known from the time of Christ.

As the Tables Turn

The shift in the Congregation for Bishops could signal a coming sea change in the type of bishops and priests who are tapped to head American dioceses over the next decade.

On the question of how to accommodate second marriages in the Church, most of the key players in the debate, for now, happen to be German bishops and cardinals.