Volume > Issue > In Honor of Chateaubriand 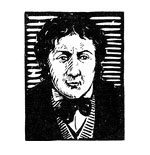 In Honor of Chateaubriand

THE BEAUTY OF CATHOLICISM

By Edwin Fussell | December 1993
Edwin Fussell is an American living in exile in Paris. His latest book is The Catholic Side of Henry James. He is cur­rently working on a book on Balzac as a Catholic novelist.

Awhile back, 1794 to be exact, Maximilien Robespierre fretted about the lapse of reli­gious sentiment during the French Revolution, and so he — known to many as The Incorrupt­ible, but as the sea-green man to Thomas Carlyle — vowed to whatever gods there might be to rectify the lack. Robespierre was not a “practicing Catholic” (wonderful phrase!) but he held two beliefs, the ex­istence of a Supreme Being (though you wouldn’t call him God, for that would not be “liberal”) and the immortality of the soul (Catholics go further, affirming the resurrection of the body). The new faith, pro­mulgated on 18 floréal year II, wasn’t even a parody of Catholicity, for worship of the Supreme Being consisted of fulfilling the duties of a man. In the fore­front of such duties were abominating bad faith and tyranny and punishing tyrants and traitors — i.e., having more and better revolutions. Four major feasts would replace the feasts of the Church (Christ­mas, Easter, and the like); these had no names but were dated, from 1789 to 1793. All feasts celebrated revolutionary events. All were bloody. And there were plenty of bloody events left over and more still to come.

One “holy day of obligation,” if one may be so bold as to call it that, was January 21, 1793. That was the date the French guillotined Louis XVI, after one of the most egregiously scandalous show trials in history prior to Stalin and Hitler. The French have recently been “celebrating” (anguishing over) the 200th anniversary of that state murder. Was it nec­essary? No. Was it desirable? It would seem not, since only the king emerged from the disaster with a halo, all the other participants as uncanonized as ever. Was it symbolic? Decidedly, but of what? Among other things, it was the ritual murder of the ancien régime. It was also, as is easily deduced from the Festival of the Supreme Being, the attempted murder of Roman Catholicism in France and the insertion of an atheistic state religion in its place. The king had no status in the hierarchy, but politi­cally and socially he was the leading Catholic in the kingdom. To kill him was to kill the kingdom and presumably the Church, from which the kingdom derived its authority.

There were easier ways to change the govern­ment, to be sure, but changing the government was not all the French Revolution was about. One thing it was most about was déchristianisation, the systematic effort to destroy Christianity and its append­ages (as if the ACLU tried to chop down the telephone poles because they take the form of the cross and are thereby offensive to unbelievers). Déchristianisation continues. The most stunning success of déchristianisation right now is perhaps to be found in the American university, where consid­erations in the so-called human sciences have been reduced to race, gender, and class, and other criteria told to get lost. There went Jewish and Catholic Literatures, both thriving in the U.S. before the advent of political correctness (totalitarian atheism).

François-René Vicomte de Chateaubriand was of opposite tenor. He was the first and major literary opponent of atheism, not so much by attacking it (though he occasionally did) as by making the case for the opposite view. Perhaps partly for that, he has been de-Christianized by literary critics and histori­ans, for who will take an interest in a person who merely helped keep Christianity alive? How old-fash­ioned of him! It might even be suspected that the lit­erary establishment does not desire him to exist. Chateaubriand with his Génie du christianisme (1802), and Napoleon with his restoration of Ca­tholicism (also in 1802, six days earlier), are the oddly assorted twin events that allowed the French Church to breathe again. As Chateaubriand briskly put it years later in Mémoires d’Outre-Tombe: “I ar­rived in the world twenty days after Bonaparte. He brought me with him.” Napoleon was also the un­witting destroyer of Chateaubriand. In 1803 he sold Louisiana to Thomas Jefferson, and Chateaubriand’s first great thematic setting passed to another people. French-speaking Catholic Indians became scarce.

The Voice of the Mother of God

The Cartoon Saga of Unholy Moses

The Prince of Egypt is based on the story of the Book of Exodus — but there are many important differences between the two.

The Realm of Faith, Continued