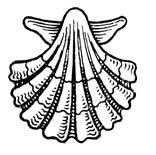 The Image: A Novel in Pieces

The violent struggle between iconoclasts and iconodules has a long political and religious history. Control the images, so Socrates observes in The Republic, and you control the régime. Control the past, the Ministry of Truth knows in George Orwell’s Nineteen Eighty-Four, and you control the present and future. In 2020 activists in Bristol, England, animated by Black Lives Matter an ocean and half a continent away, defaced and tossed into the sea a statue of 17th-century slave-trading philanthropist Edward Colston. (It was later retrieved and is on display in a museum.) During the same period and for the same reason, Confederate generals lost the South once again.

From the beginning, iconoclastic savagery on behalf of divine transcendence and iconophilic intensity for divine immanence have warred in the Abrahamic religions. Moses ground the Golden Calf into powder, sprinkled it into water, and made the Hebrews drink the concoction, having just transmitted God’s instructions for depicting the cherubim on the cover of the Ark of the Tabernacle, “wings spread outward, with their faces toward one another.” Muhammad destroyed the statues of the Arabian deities in the Ka’ba at Mecca, but, according to another hadith, he spared a fresco of Mary and Jesus. Elizabethan authorities ordered John Shakespeare to whitewash a Last Judgment mural at Guild Chapel where his son worshiped at grammar school, but he may have deliberately diluted the mix: You can still see it. Images of the Christ child and Christus Victor, “like a naked new-born babe, striding the blast,” and of angels, “trumpet-tongued, and heaven’s cherubim, horsed upon the sightless couriers of the air,” may have leaked through enough to imaginative young eyes to be immortalized in Macbeth’s first soliloquy, arguing against regicide.

Is iconography idolatry? Should images receive latreia (adoration) or proskynesis (veneration)? The Second General Council at Nicaea merely provided the liberating definition of the latter in A.D. 787; it did not stop the violence as Islam peeled back Eastern Christendom.

Who would think that a remote theological controversy could hook a secularized contemporary audience? A writer with a gimlet eye for what is past, passing, and to come. In The Image, his trinity of interlocking, poetically written short stories, “holy writer” Steven Faulkner sees the natural dramatic conflict in the Verbum Caro Factum’s past 13 centuries.

In the first story, “Ikon,” Faulkner slows our regard to take in a cricket twitching its antennae before a monastery gate in Lebanon during the great Iconoclastic Controversy of the eighth century. Emperor Leo III and the Umayyad Caliphate are persecuting Melkite and Maronite iconographers. The son of one escapes robbers with a bag of seemingly useless “beautiful rocks,” their colors bearing wondrous names for every moment in creation: “red cow, sparrow speckle, Antioch wine, Athenian white, baked bread, burnt bread, old cream, fresh cream, rain-cloud dark, rain-cloud light, August grass, morning sky, pale horizon, starry evening, starry night.” The local abbot, a holy man torn like Moses and Muhammad between religious devotion and aesthetic enthusiasm, houses the boy but forbids him to work or speak of his work. “Divinity,” he asserts, “cannot be pictured.” The boy replies, “The Christ was visible.” This argument continues even into flashbacks of the boy’s apprenticeship with his father.

The words of Sacred Scripture forbid graven images. Christ, however, had two natures, and the human can be portrayed. Against the Nestorians, St. John Chrysostom urged seeing Christ in “the naked poor.” Images are symbolic, “watered wine,” but so are words, those bearers of wisdom. The young iconographer, “a little theologian and holy writer,” surreptitiously works in a cave along with an older monk, a lapsed sculptor, with gold from the monastery hidden from hostile Muslims and a precious ruby from his mother. As an old monk chants the Friday psalm, “God comes from Teman, his splendor spreads like the light,” the completed ikon glimmers by olive oil lamps: “The bearded face so powerful in the sudden light, a ruby-red glimmer in the wound of the hand raised in blessing, the twelve gold rays blazing around the face of a man like the sun, a blinding light that closes their eyes.”

Despite the emperor’s prohibition, the Muslim’s terrorism, and the abbot’s Puritanism, the ikon speaks. What does it say? Christus vivit, even in hidden and abandoned rocks, but more than that: human history matters, deserves to speak in its own voice, if difficult propositions should be given a chance.

“Mosaic,” Faulkner’s second story, telescopes into the 21st century. Yusuf, a Melkite refugee from the Lebanese Civil War, now a retired, burnt-out carwash manager in Michigan, has a familial debt to pay to the ikon, which is now in his cave, on his land, if he can find it. Violence again interrupts but does not prevail. Restored dutifully, the ikon’s old brilliance returns. Yusuf beholds the depicted Christ: “Above the regal shoulders and the brief, formal beard, the face was complete. The mouth was there, the firm lips pressed together in solemn perfection, indigo eyes the color of dark grapes — intent, stern, taking in the gazers.” Faulkner borrows from another Christian tradition to have Yusuf allude to the eucharistic adorer celebrated by St. John Vianney: “I look at him, he looks at me, and I am lost in the looking.”

The puzzle of the third story, “Puzzle,” is manifold: What is a beautiful image for? Who should possess it? Should it generate wealth? Who should see it? Should holy places be open to the vulgar many? Has the essence of its meaning, the Gospel call for integrity and the tranquility of order, also been mute in a cave for centuries? The eighth-century ikon becomes a metaphor for the threatened temples, mosques, synagogues, and churches under attack all over the world, now and always.

“What is a holy place?” a young woman dissenting from the sexual teachings of Roman Catholicism asks rhetorically. “What is an ikon?” Her answer is glib and brutal: “A picture of a non-existent God.” Will this peerless ikon remain hidden forever, like the Sermon on the Mount through centuries of Christian rule, difficult and untried, or like any beautiful work of art among Philistines? This taut, tightly pieced-together novel ends in utter suspense, with a National Geographic photographer tapping through his digital images, “the colored lights on his face, the wonder in his eyes as if he is reading and rereading and reading again some new verse of an ancient and powerful rhyme.”

I understand the unresolved ambivalence of this novel of ideas and images, Faulkner’s first book of fiction after Bitteroot: Echoes of Beauty & Loss (2016), an account of a father and son’s journey along the Oregon Trail, following Lewis and Clark, and Waterwalk: A Passage of Ghosts (2007), wherein the same duo channel Marquette and Joliet along the Wisconsin River. Both these earlier books also carry the Western writer’s praise of the rugged, dry, secretly hominized earth. We are surfeited in our post-literate age with fractured pictures on angry screens, blowups of facile snapshots overexposed by stoked embers of heedless misapprehension, mouths choked in slogans, signifying anything under the sun, to each his own, all at once, in a Babel of contradictory propositions, with no common chromatic scale. We are rational animals, and dialectic needs clear words.

Pictures, too, are subject to self-justifying interpretation, too easily become imposing tantrums, and too often mean different things to different folks. Is the Confederate flag or statue of a rebel general a celebration of slavery or of resistance to oppression? Isn’t it easier to lower or raze it than change my middle and last names? If it is no longer there, however, I will not be able to ask the question.

I often sympathize with my Seventh Day Adventist grandmother, who would jerk my Benedictine crucifix off my breast, if she were still alive, and shake it at me. Who are you trying to fool with that graven image? To her I’d be tooting my horn; conversely, I mean it as a reminder of duty. I know it scandalizes and offends, however, and so what sin would I commit by removing it in charity?

And yet I am still partly governed by her pious print of Jesus, the brightest thing in her dark parlor, trite and even ugly by most authoritative sensibilities, but a constant reminder of the seriousness of the Gospel and an occasional check on my boyhood idleness even now as its mass-market ticky-tackiness would make me cringe. His eyes followed me spookily and faithfully wherever I wandered in that silent, shadowy room on weekday afternoons, alone, but not entirely, behind the empty recliner where my grandfather stored his stash of butterscotch candy, or into the seat if I settled for a nap, His watch keeping me honest and keeping me company.

The image disappeared when my grandmother died; I guess it made my mother feel too guilty for smoking and rejecting “organized religion.” What if it had been stunningly beautiful?

Not Just Good, but Beautiful: The Complementary Relationship Between Man and Woman

These Are Family-Life Experts?