Volume > Issue > How to Tell Your Children the Truth About Sex 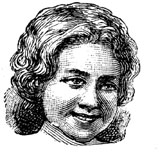 How to Tell Your Children the Truth About Sex

By Tom & Judy Lickona | November 1996
Tom Lickona is a developmental psychologist and Director of the Center for the 4th and 5th Rs (Respect and Responsibility) at the State University of New York at Cortland. His wife, Judy, is a homemaker. They give speeches to teenagers and their parents on chastity and respect for life. They are the authors, along with William Boudreau, of a book for teens, Sex, Love and You (Ave Maria Press), on the benefits of saving sex for marriage.

The cover of the May 3, 1996, National Catholic Reporter featured a dramatic drawing of a giant steely eye, looming ominously over a couple’s empty bed, with the headline: “Jack and Jill want to marry. Should they tell the priest they’ve been living together?” The article that followed opened with the story of Sara and Trent. When they gave the same living address to the priest he responded by saying that, under the circumstances, he could perform only a very simple ceremony with only family members as guests.

After reacting with “anger and disbelief,” Sara finally offered to sleep in a separate room, and plans for the big wedding were reinstated. But she felt “humiliated” and “embarrassed for my religion.” She “never imagined,” she said, that their living together “would present a problem for the priest. The day of our wedding, I hated him.”

How is it that a Catholic young adult like Sara would “never imagine” that a priest might view premarital sex as an unacceptable way to prepare for the Sacrament of Marriage? One reason: Catholic young people may have never before heard a priest speak disapprovingly of premarital sex. Whereas a generation ago Catholics heard lots of sermons about sin, including sexual sin, today that is rare. When our younger son Matthew was in sixth grade, he reported an ongoing debate with several boys in his class who announced that they planned to have sex with their newly acquired girlfriends when they got into seventh grade. “You’re not supposed to have sex until you’re married,” Matthew kept saying to these classmates (we were grateful to know he had absorbed that message). Finally, one of the other boys, a kid we saw at Mass each weekend with his family, countered: “Oh yeah, well, if you’re not supposed to have sex until you’re married, how come they never say that in church?”

Clearly, priests and religious educators have a vital role in teaching sexual morality to the young. They must help parents and children understand exactly what Scripture, Church tradition, and the Magisterium teach us about the moral truths central to our faith. How many Catholics of any age know, for example, that Jesus names fornication (sometimes translated “unchastity”) as a serious sin, along with “theft, murder, adultery, greed, maliciousness, deceit, sensuality, envy, blasphemy, arrogance, and an obtuse spirit” (Mk. 7:21-23)?

Dogma: A Damnable Mess of a Movie

Nothing here to engage you and much to depress you.