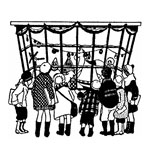 Infinity War: A Call to Action

By Alexandra Wilson | July-August 2018
Alexandra Wilson has a Bachelor of Science in Biology from the University of Dallas. She is currently living a philosophical life in pursuit of Truth on a small farm in Ohio.

Have you ever gone to see a movie that sent chills up and down your spine, and then walked out of the theater laughing with your friends, glad to return to real life where the aliens haven’t invaded, the monsters aren’t real, and the world hasn’t quite ended? Well, my experience going to see Avengers: Infinity War wasn’t nearly that comedic. Marvel Studios’ latest superhero blockbuster was actually the scariest movie I’ve seen in a long time, but not because of anything its producers likely intended or anything most of the audience is likely to notice — and both of those facts made it all the more troubling. I walked out of the theater with the tragic end-credit soundtrack still ringing in my ears, a poign­ant reminder that the darkest, heaviest concepts in the movie are not things I could blithely leave behind with my leftover popcorn but are heartbreaking truths with even darker and heavier real-world counterparts. Art has done its job if it tells the truth, if it shows us something about reality that we’ve missed or simply seen so many times that we’ve forgotten it.

The main conflict in Infinity War frames the question: What do you do when another person’s existence threatens yours, not because of anything he’s done but simply because he exists? The movie’s primary antagonist, Thanos, an intergalactic ideologue, asserts that the solution is obvious but daunting, simple but requiring courage to accomplish: the sacrifice of some lives for the sake of others. He sincerely and even selflessly believes that the people of the universe are destined to doom each other to poverty and suffering unless someone like him has the fortitude to do what needs to be done: institute a program of genocide.

The math is simple enough, Thanos claims: If there are twice as many people for whom the universe can provide worthwhile lives, then eliminate half of them. Thanos believes it is better to provide a worthwhile life for half the people in the universe than a life of suffering for all of them. Where he goes wrong is in taking it upon himself to determine the inherent value of a life and to define arbitrarily what makes a life worth living. Tragically, nobody has to wait for the movie’s sequel to be released to see how the story ends. The results of Thanos’s line of reasoning are already racking the real world through the true genocide of abortion.

Consider the real-world counterpart to Infinity War: A woman realizes that the quality of her life is threatened by the existence of a baby in her womb. She then decides — with the assistance, guidance, encouragement, and affirmation of the entire abortion industry and all its supporters — that the value of her own life is greater than the value of the life in her womb, and hers is not the life that should be sacrificed for “the greater good.” As someone who has served women contemplating abortion, I can tell you that many feel utterly convinced that neither their life nor the baby’s will be worthwhile if the pregnancy continues, and that to kill the child will at least provide a life worth living for one of them — namely, the woman herself. Like Gamora, Thanos’s adopted daughter, I can only cry out desperately, “You don’t know that!”

The bishop of Sacramento admonished Governor Davis for his pro-abortion stance, but he would not follow his admonition with denying him Communion.

"The birth of every wanted child represents an act of faith...", say what?