Volume > Issue > Hell and Other Destinations 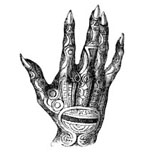 Hell and Other Destinations

By Tom Bethell | December 2006
Tom Bethell is a Contributing Editor of the NOR and author of The Politically Incorrect Guide to Science (Regnery, 2005).

Few secular writers these days would contemplate writing a lengthy essay on Hell. Piers Paul Read did so because someone at Farm Street, the Jesuit church in the most fashionable part of London, asked him to give a talk on the subject. Later it was rejected. A new parish priest had been appointed to the church, and is said to have ruled that the talks in the intended series should be on secular subjects. “I don’t know, in fact, if any talks were ever given,” Read told me by email. “Mine was not, but was rewritten as an essay.” It is published for the first time as the leading article in an absorbing collection of his Catholic journalism, Hell and Other Destinations: A Novelist’s Reflections on This World and the Next (Ignatius Press, 2006).

Perhaps the leading Catholic writer in England today, Read is the author of many books, including the “authorized” biography of Alec Guinness (2005). Perhaps his best-known book is Alive, the story of young Uruguayans who survived a plane crash in the Andes and were reduced to eating the bodies of those who died. Sales of his 1999 book The Templars, a history of the Crusades, rose “dramatically,” he says, following the publication of The DaVinci Code. His essay on Hell, which covers 35 pages and is both scholarly and judicious in tone, addresses a subject that most of us would rather not think about. He writes:

It would seem to a dispassionate observer that there is no longer any real belief among contemporary Catholics in the last item of the Nicean Creed, “life everlasting.” There are calls to conversion and repentance, but no suggestion, explicit or implicit, of what may befall those who are not converted or who fail to repent; much talk of salvation, but no definition of what it is from which we are to be saved; no warning that while the gospel may be good news for some, it is decidedly bad news for others.

He quotes Blaise Pascal: “The immortality of the soul is a matter of such importance to us…that we must have lost our wits completely not to care what it is all about.” Pascal wrote in the 17th century and what a pity it is that he did not live to complete the book that exists only as his fragmentary Pensées. Pascal went on to say: “All our actions and our thoughts must follow such different courses depending on whether there are eternal rewards to hope for or not, that it is impossible to take a single step with sense and judgment unless it is determined by our conception of our final end.”

The intelligentsia of the Western world has to a very large extent decided that death itself is the final end, and the response of the Catholic Church is practically inaudible. At the outset of his essay, Read asks why the Four Last Things — Death, Judgment, Heaven, and Hell — “appear to have been forgotten in today’s Catholic Church.”

There can be no more basic question. Sometimes I suspect that Catholics do not even think very much about Heaven. As for the Judgment, and the possibility of Hell, we try to put them out of our minds. That’s not difficult, of course, because there is so much to distract us — far more now, surely, than there has ever been. In fact, our lives largely consist of such distractions and the search for ways to add more of them. Think of the Internet — and I am not just thinking of the pornography that is instantly accessible. Even without that, it is a huge distraction. “Nothing is more intolerable to man than a state of complete repose, without desires, without work, without amusements, without occupation,” as Pascal said.

In Catholic doctrine, God gives us free will, so we can repent or not. Kendall gets free will and predestination mixed up. Embarrassing!