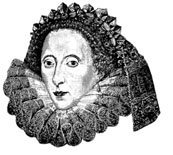 By Thomas Storck | December 1999
Thomas Storck, who writes from Greenbelt, Maryland, is a Contributing Editor of the NOR and author of The Catholic Milieu and Foundations of a Catholic Political Order.

It is common nowadays to say that America’s present cultural and social ills began in the 1960s. But while the 60s have much to answer for, they may not deserve a blanket condemnation. As the late orthodox Protestant theologian Francis Schaeffer observed:

“It became obvious to students in the early sixties that we were living in a post-Christian world. As students in Berkeley shouted in 1964, we are living in a plastic culture. The beat generation before them had been saying that, and now an entire student generation had become convinced of it. Students would return home from the university and ask their parents questions and would get only superficial answers: You must work like mad to get into the university. Why? So you can make money. But why should I want to make money? So you can send your children to the university. All too often personal peace and affluence were the only values that these young people saw in their parents, and they rightly were turned off.”

Schaeffer goes on to say, “Christians should have been glad for what these students were saying. In fact, they should have been saying it themselves, for these young people had put their finger on the situation as it really was.” What can we call the way of life that the 1960s were calling into question? The classic name for it is bourgeois. Bourgeois culture craves as its highest goods the money, security, and “personal peace and affluence” that the young people of that time so rightly disdained. But where did bourgeois culture come from? It grew out of the philosophy of individualism and materialism originating in the Enlightenment of the 18th century.

American culture was formed by the philosophy of the Enlightenment, and the strain of Enlightenment thought especially potent here is that of René Descartes. Tocqueville noted in the 1830s that “of all countries in the world, America is the one in which the precepts of Descartes are least studied and best followed,” and Descartes’s cold, atomistic view of the world had long been at work quietly shaping the American soul. In Descartes’s view of things, soul is reduced to mind, and mind is set at odds with body. All bodies are considered as simply dead extended matter. (Animals, for example, since they lack mind, were conceived of in the Cartesian tradition as complex machines.) The effect is that the body is devalued and human nature is denied, for it is simply external mathematical forces that shape all material reality. No kind of reality is more natural than another, for all are shaped by external stresses and pressures.

Thus by the 1950s the body, and particularly its sexual functions, were widely held to have been neglected if not despised. An example of this was the convention that television would not show even a married couple together in the same bed, as if sex did not exist. And akin to this was the existence of merely conventional modes of behavior that were held to have the same binding force as natural law or revealed truth. Thus, violation of cultural norms about facial hair was reprobated as strongly as real sin. For in truth our bourgeois society had forgotten the difference. It no longer believed in God, it no longer believed in nature, and all it had was a set of conventions about bodily and social behavior that it could not justify.

My convert friend who attends a state university passed along a bit of disturbing, but…

One de-transitioner calls her childhood experience “an act of self-destruction, enabled by medical professionals,” and “a form of medical abuse.”