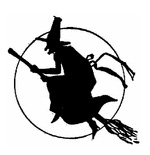 By Ellen Emerson Brown | October 2008
Ellen Emerson Brown has an M.A. in Folklore and Mythology from UCLA and an M.S. in Education from the University of Miami. A two-year residency in Andalusia, Spain, generated her keen interest in the use of pageantry and tradition to observe the cycle of the Catholic liturgical year.

On November 2, 1997, I was walking to a bus stop after shopping at the Mercado in a Spanish town south of Seville. I had spent all my pesetas on carrots, thin-sliced ham, green and red peppers, olives, a plump chicken, oranges, and whatever else I could carry. Transferring the bags from one arm to the other and trying to balance the bulky, heavy loads, I stopped briefly on the narrow sidewalk and saw a woman crossing the street carrying a bundle of yellow and white flowers. A little farther on I saw an old man and his wife standing at a bus stop also holding yellow and white bouquets. It took another half a block or so before I remembered that it was All Souls’ Day and the flowers were destined to adorn the graves of their relatives. As I arrived at the crowded bus shelter, there were one or two more well-dressed Spaniards holding flowers and waiting for the bus that would take them to the cemetery. Christian culture is etched in small acts: Flowers placed on a grave proclaim the bearers’ belief in personal sacrifice, and the humble ritual serves to mark the end of the liturgical year.

Back home in the U.S. it is not the pious rituals of All Souls’ Day but the pagan shenanigans of Halloween that announce the close of the Church year. Increasingly, Halloween seems disturbing to people of faith, who have good reason to celebrate its link to eternal truths. A church in my neighborhood is set to celebrate what they primly call a “Fall Fling Fiesta” on Halloween, with nary a costume to be found. But to dismiss the October 31 ritual is to forfeit a perfectly good opportunity to practice the virtue of charity on the eve of All Souls’ Day. For the secular tradition of giving treats on Halloween has its roots in the belief that by doing good works, such as giving food to beggars, the giver can help souls get to Heaven, and perhaps get there himself as well.

To “hallow” means to honor, memorialize, and sanctify. “All Hallow’s Eve” is not yet All Souls’ Day, when memorials are offered to those who have died; Halloween represents a time before faith, when superstitions insisted that the dead wander the earth. Hovering between regular time and a holy day of obligation, Halloween is a sideshow in the drama of the soul and its destination. Church rituals on All Saints’ and All Souls’ Days guide believers through a boundless fear of death into faithful hope in God’s mercy.

In many Catholic countries, All Souls’ Day customs are derived from the belief that the dead return on this day. According to some accounts, pious folk leave food on the table for their ancestors on All Souls’ Day. Other good people, it is said, go to graveyards and leave cakes for the dead, or the cakes are given instead to beggars as substitutes for the dead. In England it was once common for “soul cakes” to be made around October 28 in preparation for All Souls’ Day. Every visitor to the house was offered a soul cake, and it was understood that they would eat the cake while chanting, “A soul cake, a soul cake/Have mercy on all Christian souls for a soul cake.” In effect, they asked their neighbor to imitate the saints and follow Christ’s teaching to love one another. Their poetic words say, “Give me some cake for the souls of the departed and your charity will obtain mercy for them as well as for you.” The mystical chant of these mendicants makes intelligible the enigma of the Halloween visitors’ “Trick or Treat,” a threat that means, “You must practice charity; furthermore, if you give nothing, you will reap a punishment.” The American tradition of passing out candy to visitors on the eve of All Saints’ Day is the same in substance as that of Old England. While all reference to the Christian soul and the concept of mercy has been lost, the act of giving a token of charity to visitors remains the same.

Review of The New Catholics edited by Dan O'Neill