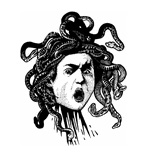 In March I flew across the pond to deliver a guest lecture in the 24th annual Philosophy Symposium at California State University at Fullerton. Other participants included theolo­gian Ninian Smart, philosopher of religion D.Z. Phillips, and feminist Emily Culpepper. The subject was “Rationality and Spirituality,” and I was particularly interested in hearing what contemporary feminism had to do with them.

Past experiences with feminists had not of­fered much encouragement. After a lecture of mine on the right to life at the School of Law of the University of Missouri at Kansas City some years ago, a feminist opened the discus­sion with the assertion: “Dr. Montgomery, you have no right to speak on the subject of abor­tion: You are not a woman.” I replied in the words of my old Cornell philosophy mentor and Wittgenstein interpreter Max Black: “True as to my sex, Madam, but epistemologically irrelevant.”

Emily Culpepper, a Harvard Th.D., ap­peared wearing a T-shirt emblazoned with the feminist double-axe logo, and spoke for an hour without once quoting a male theologian. Her sources were such standard feminist writ­ers as Mary Daly and “Starhawk.”

Mary Daly, in her well-known essay, “After the Death of God the Father: Woman’s Liberation and the Transformation of Christian Consciousness,” sets forth the theme of theo­logical feminism: “The Judaic-Christian tradi­tion has served to legitimate…patriarchal socie­ty.” A feminist theological revolution will mean an ethical revolution: “The becoming of women implies also a transvaluation of values in Christian morality…which will go far be­yond Nietzsche’s merely reactionary rejection of Christian values.” But, as a matter of fact, subsequent to writing this passage, Daly her­self opted for rejection of those same values.

Lessons From the Amish

West of Strasbourg, my home city on the French-German border, lie the Vosges mountains. Unlike…