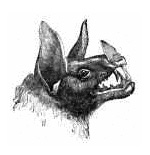 What do most of us know of Romania? Practically nothing. The best known “Romanian” (he would actu­ally have been Hungarian, for in his day Romanian Transylvania was part of Hungary) is doubtless Bram Stoker’s fictionalized Count Dracula, based on the bloodthirsty 15th-century Prince Vlad “the Impaler.”

But in January 1994, when I was lecturing at Romania’s University of Cluj, I learned considerably more than that about one of the poorest and most troubled countries of eastern Europe. While many of my colleagues were vacationing in sun-drenched Tenerife or Bermuda, I was being subjected to border crossings in the tradition of the old East Germany –with uniformed guards even removing the train seats to make sure no Romanians were illegally concealed there trying to flee the country.

Romania as a nation-state is a surprisingly recent phenomenon. After the Russian defeat in the Crimean War (1853-1856), Romanian nationalism grew, the state came into existence, and in 1877 Europe recog­nized its independence from the Ottoman Empire. When Austria-Hungary was defeated in World War I, Transylvania, with a large Hungarian-speaking popu­lation, became part of Romania. A fascist dictatorship took over Romania during World War II and the Nazis were invited in. As the Soviet army approached Romania’s borders, the country changed sides, declar­ing war on Germany. The losses were staggering — 500,000 Romanian soldiers died fighting for the Axis, and another 170,000 died after joining the Allies.

After the war, Romania became communist, but its communism was nationalistic. Soviet troops were entirely removed as early as 1958, and Romania condemned the 1968 Soviet invasion of Czechoslova­kia. Romanian President Ceausescu established an absolutism which lasted 25 years. Though he paid off the national debt (no mean feat), Ceausescu raised nepotism to a new level: His wife was made First Deputy Prime Minister, his son was political boss of Transylvania, and three brothers held key posts in Bucharest.

The Religion of Dr. Johnson