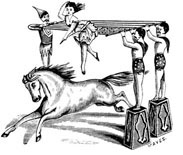 Fuzzy Language Does Not Belong in Vatican Documents

In our September issue, we had an article by Marilyn Prever subtitled “Why Can’t These People Say What They Mean?” With high hopes we read the “Letter to the Bishops of the Catholic Church on the Collaboration of Men and Women in the Church and in the World” issued by the Congregation for the Doctrine of the Faith on July 31. Having finished reading it carefully more than once, we would echo Mrs. Prever, “Why Can’t These People Say What They Mean?” The Vatican document is laden at certain points with fuzzy language — intentionally fuzzy language, it would seem.

Says the document: “Recent years have seen new approaches to women’s issues. A first tendency is to emphasize strongly conditions of subordination in order to give rise to antagonism: women, in order to be themselves, must make themselves the adversaries of men. Faced with the abuse of power, the answer for women is to seek power. This process leads to opposition between men and women, in which the identity and role of one are emphasized to the disadvantage of the other, leading to harmful confusion regarding the human person, which has its most immediate and lethal effects in the structure of the family” (#2). An editorial on the document in Our Sunday Visitor (Aug. 15) comments: “It’s not that the Church wants women to return to some old-fashioned and pinched femininity of subordination.” Granted, the document’s language is somewhat convoluted here, but the Visitor‘s take on it is not what’s being said. The document says that certain people “emphasize strongly conditions of subordination in order to give rise to antagonism…. between men and women” (italics added).

St. Paul says, “Wives should be subordinate to their husbands as to the Lord” (Eph. 5:22 NAB). But Paul is certainly not emphasizing subordination “in order to give rise to antagonism,” but rather to ensure harmony. Paul lived 20 centuries ago, so presumably the Visitor regards him as “old-fashioned.” But the Vatican document doesn’t repudiate Paul, though the Visitor seems to want to.

Recall the Visitor‘s words: “It’s not that the Church wants women to return to some old-fashioned and pinched femininity of subordination.” It’s possible that the Visitor was also thinking of another section in the Vatican document: “To look at Mary and imitate her does not mean, however, that the Church should adopt a passivity inspired by an outdated conception of femininity” (#16). The document says “outdated” and the Visitor says “old-fashioned and pinched.” But is the document saying what the Visitor wants it to say?

Lying & Other Deceptions in Communications Are Always Wrong

Lying and other deceptions in communication are intentional untruthfulness: They are attempts to express outwardly,…