Volume > Issue > From the Sistine Chapel to the Silver Screen 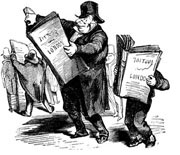 From the Sistine Chapel to the Silver Screen

Catholicism has long exhibited a keen appreciation for the effectiveness of using attractive, sensuous visual images to preach the Gospel. Indeed, the Catholic Church for much of her history has made clever use of artistic images to enable the Gospel to appeal to a “mass market.” The most prominent example for most of us is the sculpture and stained-glass windows of Gothic cathedrals. These have been called sermons in glass and stone, indeed the Bible of the illiterate. But many other examples could be given from across the centuries. My favorite example of the Church’s use of graphic images in service of the Gospel is Michelangelo’s great mural of the Last Judgment. It serves as the altar backdrop in the Sistine Chapel in the Vatican. The Sistine Chapel has been called the world’s most beautiful polling place, because for half a millennium it has been the site of papal elections. But what is not always recognized is the evangelical ploy behind placing Michelangelo’s Last Judgment in that venerable polling place. This “giant-screen” portrayal “in living color” of the Final Judgment — Jesus in the center of the mural in the full vigor of eternal youth, unrepentant sinners on the left descending to Hell, the righteous on the right being raised to Heaven — reminds the cardinal-electors at a Conclave that one fine day divine judgment will be passed on their actions in that room. Indeed, on that day there might well be Hell to pay if they don’t deliberate and vote with piety and integrity.

It is arguable this Catholic sensitivity to the power of visual images to instruct is traceable to Jesus Himself. One of Jesus’ principal teaching devices was the use of vivid mental images. For example, when describing the Kingdom of God and its workings in this world, Jesus often resorted to imaginative metaphors. In Luke 13:21 He says “the kingdom of God is like a bit of yeast that a woman took and kneaded into some dough….” With those words Jesus effectively evoked an attractive and vivid scenario that appeared immediately on the mental screens in the minds of Galilean peasants. Moreover, it was not just the vivid but also the sensuous character of this Gospel image — you could almost smell the bread baking — that enabled its message to remain in the minds and maybe even make it into the hearts of Jesus’ audience.

For these reasons it is lamentable that today the Church seems to have retreated significantly from her patronage of the visual arts, from her employment of artists to create vivid images of the faith capable of reaching out to a mass audience with great motivational effectiveness. This was brought home to me when, at New York City’s Metropolitan Museum of Art, I saw for the first time Edouard Manet’s powerful “The Dead Christ.” Here lies the lifeless body of Christ in the tomb, flanked by angels, awaiting the Resurrection. Until then I had known Manet only as the painter of scenes from Parisian boulevards and cafés. Moved by Manet’s profound treatment of Christ’s humanity, I sought out the history of the work, why Manet painted such a subject. I found it was not a Church commission but a personal tragedy in his family’s life that occasioned the work. I thought: Too bad the Church had not patronized the French Realists and Impressionists and rescued both from their preoccupation with bourgeois subjects! There were some laudable efforts in the 20th century to engage serious artists in religious works, but they were few and far between. Indeed, such occasional commissions pale in comparison with the lavish patronage of the visual arts undertaken by the Church in former times.

Especially regrettable is the contemporary Church’s failure to make significant use of that most popular, most accessible, of modern artistic media: the cinema. Here too there have been a few exceptions. The 1996 movie The Spitfire Grill, financed by the Sacred Heart League, was determined to present the values of the Judeo-Christian tradition. It tells the story of a woman released from prison, trying to get her life together but met only with suspicion. Then there was also the Paulist-sponsored Romero (1989) about the ministry and assassination of the Salvadoran archbishop. These are estimable if modest works. But the fact remains: Directors of genius have gone without any Church patronage or commissions. And without such patronage, Hollywood (I use the term symbolically for the film industry in general) treats religious themes haphazardly and opportunistically.

Black Comedy at Its Best

John Huston’s film career, which has spanned more than 50 years, has been a curious blend of the sublime and, if not the ridiculous, the striking­ly mediocre.