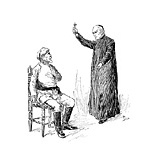 WHO ARE THOSE "CATHOLIC INTEGRALISTS" ?

By Thomas Storck | October 2017
Thomas Storck has written widely on Catholic social teaching, Catholic culture, and related topics. His latest book is From Christendom to Americanism and Beyond: The Long, Jagged Trail to a Postmodern Void (Angelico Press).

This summer, an article appeared in La Civiltà Cattolica, the English title of which is “Evangelical Fundamentalism and Catholic Integralism: A Surprising Ecumenism.” Founded in 1850, La Civiltà Cattolica is a semi-official publication of the Holy See, the articles of which often reflect the thinking of the reigning pontiff or his chief advisors. The article in question, which has received considerable attention even outside Catholic circles, was written by Fr. Antonio Spadaro, S.J., editor of the journal, and Marcelo Figueroa, a Protestant minister and editor of the Argentine edition of L’Osservatore Romano.

Spadaro and Figueroa’s thesis is that a type of evangelical Protestant theology has emerged in the U.S. that has resulted in a “problematic fusion between religion and state, faith and politics, religious values and economy.” It has “taken on a Manichaean language that divides reality between absolute Good and absolute Evil.” The authors instance as an example former President George W. Bush’s call for the U.S. to “free the world from evil.” This outlook, they say, is “based on Christian-Evangelical fundamentalist principles dating from the beginning of the 20th Century that have been gradually radicalized” and “can today be assimilated to the ‘evangelical right’ or ‘theoconservatism.'” Such groups regard the U.S. as a nation chosen by God, the “economic growth” of which is tied to “a literal adherence to the Bible.” These groups have historically perceived the civil-rights movement, the hippie counterculture, communism, feminism, and Muslim immigration as “threats to their understanding of the American way of life.” These evangelicals, or theoconservatives, Spadaro and Figueroa aver, are pro-capitalist and pro-war, hostile to environmentalism, and advocate the “prosperity gospel” as well as the “dominionist” political theology associated with the late R.J. Rushdoony.

Moreover, say Spadaro and Figueroa, certain Catholics, whom they label “Integralists,” have joined these evangelical Protestants in “a strange form of surprising ecumenism,” on account of their shared concerns about such matters as abortion, same-sex marriage, and religious education in public schools. The Catholics whom Spadaro and Figueroa are targeting are those who supported the presidential candidacy of Donald Trump. They even mention his chief strategist, Steve Bannon, by name. Spadaro and Figueroa contrast these Catholics’ concerns and efforts with the teachings and policies of Pope Francis, of which more later.

Spadaro and Figueroa’s sloppy and confused pre­sentation of American religious history leaves them open to easy contravening and even ridicule. For example, the dominionism of the Calvinist and post-millennialist Rushdoony is not the same as the ordinary fundamentalist pre-millennialism of the Left Behind variety, and Rushdoony’s desire to enact the Pentateuch as a civil code has been explicitly criticized by some Baptists in view of their historic advocacy of religious liberty. But Spadaro and Figueroa lump all of them together indiscriminately. Moreover, the term “fundamentalist” derives from a set of volumes published between 1910 and 1915 titled The Fundamentals. This series of essays by various authors deals mostly with questions of bib­lical criticism; today, they have mainly historical interest. There is little in the utterances of contemporary fundamentalists that indicates awareness of, much less familiarity with, the actual contents of these volumes. Yet Spadaro and Figueroa, after they misidentify California millionaire Lyman Stewart, who funded publication of The Fundamentals, as their author, tell us that Stewart’s admirers “include many politicians and even two recent presidents: Ronald Reagan and George W. Bush.” One smiles to think of any recent president studiously poring over articles such as “The Tabernacle in the Wilderness: Did It Exist?” or “Three Peculiarities of the Pentateuch.” In these and other instances, Spadaro and Figueroa have done themselves no favors with their uninformed presentation of American evangelicalism.