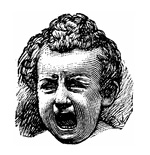 Four Sins that Cry to Heaven

By Thomas Storck | July-August 2010
Thomas Storck has written widely on Catholic social teaching, Catholic culture, and related topics. His most recent book is Christendom and the West: Essays on Culture, Society and History.

In Catholic tradition, sins are classified and arranged in many ways. All Catholics are familiar, or at least ought to be, with the division of sins into mortal and venial, the former being sins involving grave matter which, when committed with full knowledge and consent, break our friendship with God and put us on the road to Hell. Then there is original and actual sin, and of course the seven deadly sins, which are the roots from which all other sins come. The four sins we will examine here, however, compose a unique list, taken from certain passages of Holy Scripture, and preserved in the Church’s “catechetical tradition” (cf. Catechism of the Catholic Church, no. 1867). Although they are not necessarily the worst of all possible sins, they are sins that are singled out in Holy Scripture as crying out to God in a unique way.

What sins are we talking about? Willful murder, unnatural sexual acts (sodomy), oppression of the poor (typically expressed as widows and orphans), and defrauding the laborer of his wages. These are the four sins that “cry to Heaven for vengeance,” and together they elucidate a good deal of Catholic morality, both personal and social.

The first of the four sins that cry to Heaven, willful murder, finds its origin in the murder of Abel by his brother, Cain. Cain was jealous that Abel’s offering was acceptable to God while his own was not. After luring his brother into the fields, Cain suddenly rose up against him and killed him, and then he lied to God about what he had done. But God said, “The voice of your brother’s blood is crying to me from the ground. And now you are cursed from the ground, which has opened its mouth to receive your brother’s blood from your hand” (Gen. 4:10-12).

There is something especially heinous about a voluntary or premeditated murder. You are taking some­one’s life, all his hopes and desires, his very self in a way. Perhaps the person was the chief support of his wife and children, and possibly others. In any case, there are doubtless those who will grieve for his loss. Perhaps the person you killed was not in a state of grace. In that case, you have helped send him to Hell and thus murdered him twice — once in his body, the other in his soul. Furthermore, any occurrence of murder tends to weaken and can even destroy human society: We become more fearful of others and mutual trust is lessened; people become afraid to venture outside their homes after dark or to welcome strangers.

Letter to the Editor: July-August 1990