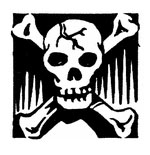 Examining a Manichaean Approach to Abortion

'DID JESUS DIE FOR DNA?'

By Mark P. Shea | April 1993
Mark P. Shea is a Seattle writer and the author of This Is My Body: An Evangelical Discovers the Real Presence.

A challenge to the Christian community’s defense of the sanctity of life has appeared in the form of a fascinating but deeply flawed new book on molecular biology and its impli­cations, entitled The Outer Limits of Life (Oliver-Nelson). The book’s fascination is rooted in its rather unique author, John Medina, who is both a Christian and a professor in the Uni­versity of Washington’s Department of Pathol­ogy. This combination has produced in his book an unusual bulletin from the rapidly shifting frontiers of the arcane world of genetic engineering. The bulletin has apparently struck a nerve: J.I. Packer, an evangelical of no small repute, has contributed a glowing Foreword to the book. Oliver-Nelson (a division of Thomas Nelson, a major evangelical publisher) has, at this writing, published 10,000 copies of the book, and has signed a contract with Medina for two more books. In addition, Medina is becoming an increasingly sought-after bio­science interviewee in media as diverse as radio, newspapers, television (PBS’s prestigious NOVA), and, in its longest interview ever, the evangelical magazine The Door.

For 10 of its 11 chapters The Outer Limits of Life is excellent popular science, clearly and gracefully unfolding the staggering marvel of Medina’s field. The book is forthright in its portrayal of science’s limitations; Medina con­tinually reminds us that, although its glories are manifold, “science is capable of measuring only physical things” and is therefore power­less to answer the essentially spiritual ques­tion, “What is personhood and when does it begin?” Such questions, he insists, can only be answered theologically if they are to be an­swered at all. Indeed, if Medina had ended with this point and referred us to the appro­priate theological resources for further study, the book would have done a great service. Unfortunately, he doesn’t. Instead, Medina hangs up his lab coat and, in his final chapter (“Did Jesus Die for DNA?”), attempts — disas­trously — to do theology. Why “disastrously”? Because Medina concludes that “the Bible is absolutely silent on the issue of the beginnings of human life.” Thus, though Medina states that his “own prejudice” is to “place tremen­dous moral weight on the presence of a devel­opmental time clock…at the earliest possible moment,” his book nonetheless holds that Christianity is powerless to speak with authori­ty on this most crucial of issues, since God Himself has revealed nothing about it. In short, Medina sounds the death knell for any coher­ent Christian witness to the sanctity of life.

Before we demote 2,000 years of Christian teaching on this score to an utterly unbiblical “prejudice,” it would be well to examine in slow motion Medina’s case for scriptural “silence.”

Medina operates under the more or less accurate conviction that science and theology have very distinct realms of inquiry. As strong­ly as he maintains the inability of science to render theological judgments, Medina just as strongly says that theology can have very little to contribute to scientific judgments. To think otherwise, he more or less rightly feels, is to “[misrepresent] the authority of Scripture in our lives.” Thus, he insists (quite consonantly with Christian orthodoxy) that “the Bible is not an organic chemistry textbook,” and that any attempt to use it as such does as much vio­lence to both Scripture and science as the attempt to press Genesis into the service of flat-earth, six-day creationism.

What Burns Your Toast?

"There are times when I feel Fr. Neuhaus may be right. Now is not one of them."

Pro-lifers were completely misled by what was at best lip service, but what was in reality a cementing affirmation of the precedent established by Roe.

The Face of "Gay" Clericalism

A gang of 26 priests in the Altoona-Johnstown diocese demand gay-friendly seminarians.