Volume > Issue > Emotionalism or Ritualism - Or the Best of Both? 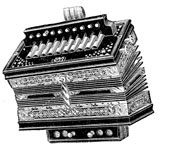 Emotionalism or Ritualism – Or the Best of Both?

One Good Friday a very Protestant friend of mine went to the Adoration of the Cross in an Anglo-Catholic parish. She was of the iconoclastic strain in Protestantism, but nevertheless — as a courtesy, I suppose — she followed the prescribed ritual and at the appointed times prostrated herself before a large crucifix set up at the chancel steps. Halfway through the service, she found herself unexpectedly sobbing with grief and gratitude. The ritual of laying down her body before a representation of her Lord’s Cross had made clear to her heart — even against the iconoclastic bent of her mind — the pain of the sins her Lord bore for her.

“Some religions stress ritualism, others emotionalism, and it seems to be an irreducible fact that a religion cannot put heavy stress on both of these at once,” a Roman Catholic sociologist argued recently. He was trying to explain where the liturgical revisers of the past forty years had gone wrong: They wanted to make worship more personal, spontaneous, and emotional by reducing the rubrics and restrictions of ritual; they wanted, in effect, to make the Mass more like the services of revivalistic Protestantism. But this pursuit of emotion subverted Catholic worship, he thought, for Catholicism “has always been a highly ritualized religion; which means that the Catholic Mass, long on ritual, will inevitably be short on emotion.”

In so sharply dividing “emotion” from “ritual,” this sociologist gives up too much to the modern revisers. He grants their peculiar belief that a set and required ritual must inhibit the emotional involvement of the worshiper. He fails to question their assumption — their very modern assumption — that something ordered and imposed cannot also be deeply felt, and deeply felt because it is ordered and imposed. The liturgy does not try to create or evoke emotions but expects them to grow from our recognizing and feeling the truths the ritual expresses. Unlike revivalism, it offers worship for the long haul. Thus the emotions it generally encourages are the quieter ones, emotions that modern people, numbed by excessive sensation, often don’t recognize at all, even when they crave them. In ordered ritual, the liturgy articulates the truths the Church offers the world. By being so unemotionally careful to express those truths, the liturgy orders and guides and trains the emotions. In doing so it may restrain some emotions we wish to feel, but nearly as often it will — as my friend found on Good Friday — elicit others that we ought to feel.

Revivalistic worship, of the sort the revisers admire for its emotional freedom, seems more personal and emotional because it encourages the obvious emotions and presents them full-strength, and because these emotions seem to appear spontaneously. The ideal of revivalistic Protestantism is a spontaneous, immediate response to the “leading of the Spirit,” exhibited in various unplanned and unscheduled actions and words. Revivalistic emotion is much more obvious than the emotion in the Mass, but it is not therefore more authentic or more deeply felt. Revivalistic services provide ecstasy and abasement but little, if anything, between those two extremes. And they are clearly designed (one might even say liturgically designed) to create a desired emotion at a desired time. They may well encourage the worshiper at some times and convict him at others, but they do not help much in forming the mature Christian soul, because the range of emotions available in them is so limited and so extreme. The emotions they evoke are those of entry and birth, not of membership and growth.

Bow Down & Worship Me!

It's all the rage now among liberal Catholics to say that Jesus is present in the congregation.

What Makes the Catholic Mind Unique?

The Catholic world is an enchanted world, filled with theophanies of a God who longs to be our All in all.