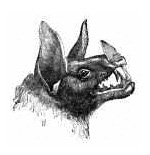 By Mitchell Kalpakgian | April 2012
Mitchell Kalpakgian, a Contributing Editor of the NOR, is currently a visiting professor of literature at Thomas More College of Liberal Arts in New Hampshire. He is the author of The Marvelous in Fielding's Novels (University Press of America), An Armenian Family Reunion (Neumann Press), The Mysteries of Life in Children's Literature (Neumann Press), and, most recently, Modern Manners: The Virtue of Civility and the Poetry of Conduct (Neu­mann Press).

In his posthumously published novella Billy Budd, Herman Melville depicts two types of evil that, at first blush appear, to have nothing in common. On the one hand, he presents Claggart, the malicious master-at-arms on board the ship Bellipotent. It is Claggart who, motivated by jealousy, accuses Billy Budd of mutiny — an outright, unfounded lie that provokes a reflexive blow from Budd’s fist that kills Claggart, a capital crime under military law that forbids a sailor from striking his superior in a time of war at sea. Budd, a dutiful, competent shipmate called “the handsome sailor” and “my best man” by his former commander, epitomizes purity of heart and moral integrity. He exudes health, beauty, and manliness as he befriends all the shipmates with his “genial, happy-go-lucky air.” A peacemaker by reputation, Budd combines noble strength, a good heart, and a clean conscience: “To deal in double meanings and insinuations of any sort was quite foreign to his nature.”

Claggart resents Budd’s popularity, is repelled by his spotless character, and envies the admiration the sailor receives from all quarters. Budd, however, does not consciously provoke or antagonize Claggart and is unaware of Claggart’s vicious hostility toward him. He performs his duties with conscientious diligence and enjoys the camaraderie of his mates: “Not that he preached to them or did anything in particular; but a virtue went out of him, sugaring the sour ones.”

Budd’s aura of virtue, however, does not “sugar” Claggart. It whets his animosity, stirs “a depravity according to nature,” and awakens in him “the mania of an evil nature.” Melville identifies Claggart’s vice as one of envy, “irreconcilable to reason,” which no one thinks of attributing to an intelligent man: “Well, though many an arraigned mortal has in hopes of mitigated penalty pleaded to horrible actions, did anybody ever seriously confess to envy?” Claggart’s jealousy, then, not only bespeaks irrationality but partakes of the “insane,” the erratic lunacy that is “not continuous but occasional” — that is, it suddenly appears out of nowhere and for no apparent reason. And so, the master-at-arms twists an accident of spilled soup as Budd’s indirect affront to his dignity and as evidence of Budd’s disdain for him. This episode supplies the “pabulum” that the “greediness of hate” devours and pours out as “vitriol” into Claggart’s envy.

This is the insidious, sinister nature of savage, barbaric evil — an evil that lurks in corners and hides in darkness, and then attacks violently when least suspected. Claggart’s malice is carefully concealed and deeply buried, but when it strikes it intends violence: “But since its lodgment is in the heart not the brain, no degree of intellect supplies a guarantee against it.” Claggart’s type of envy, Melville explains, does not belong to the “vulgar form of the passion” that Saul expressed in his resentment of David’s fame among the Israelites for killing “ten thousands” compared to Saul’s mere “thousands”: Claggart’s envy strikes deeper. Barbaric evil dwells in the darkness of a depraved soul, just as it inhabits the hellish underworld that is explicitly diabolic and monstrous.

Normal signifies the way things ought to be, according to a fixed moral or divine standard. Average frequently denotes middle in the sense of mediocrity.