Volume > Issue > Divorce: The Unnatural Termination of a Story 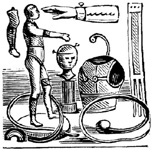 Divorce: The Unnatural Termination of a Story

ON THE INDISSOLUBILITY OF MARRIAGE

In The Abolition of Marriage (Regnery, 1996) Maggie Gallagher explains that one of the disastrous results of divorce is the abrupt, unnatural termination of a story, both the story of a marriage and the story of a family. The plot of the story lacks a logical ending that would provide meaning and illumination; the beginning and middle of the story do not lead to some significant conclusion that demonstrates the relationship between sowing and reaping, between the promise and the fulfillment. Just as the ending of a story gives special meaning to the plot and just as the harvest of a field gives significance to the planting of seed, so the fruits of a marriage reflect the fulfillment of promises and the honoring of vows.

In Louisa May Alcott’s Little Women, for example, the final chapter entitled “Harvesttime” depicts the October festival of apple picking when “every tree stood ready to send down its shower of red or yellow apples at the first shake.” However, “Harvesttime” also celebrates the fruitfulness of love and marriage, as Mr. and Mrs. March behold the happiness of their married children and the blessings of grandchildren surrounding them. One of their daughters says, “we never can thank you enough for the patient sowing and reaping you have done.”

Divorce however, destroys the possibility of the harvest and frustrates the sense of purpose that is always inspired by the vision of joyous accomplishment at the end — the homecoming that signifies victory and celebration. It is this universal source of happiness associated with the harvest and the homecoming that divorce destroys by terminating the story of marriage prematurely and not allowing the plot of a love story to follow its course to a natural destination. Moreover, the continuity between the generations, and the transmission of culture and wisdom from parents to children, suffer.

Homer’s Odyssey depicts the fullness of joy that awaits the hero in his homecoming to Ithaca. After 20 years of absence fighting the Trojan War and wandering on the ocean, Odysseus returns to his family and experiences the exquisite pleasures of home that could not be duplicated in any of the luxurious countries he visited in his travels. Rejecting the peerless beauty of the goddess Calypso who promises Odysseus the gift of eternal youth if he remains with her, and refusing the generous offer of King Alcinous to marry his beautiful daughter Nausicaa, Odysseus longs to see his wife, his son, his parents, and his native land. Although the world lures Odysseus with wealth, beauty, and pleasure, Odysseus risks the wrath of the god Poseidon, struggles to escape drowning in the ocean, and does battle with many enemies in order to return to Ithaca — the source of life’s deepest happiness. In his reunion with his servants, his son, his wife, and his father, Odysseus is moved to tears and feels profound joy for life’s greatest blessings that his home and marriage have provided him:

Penelope’s surrender melted Odysseus’s heart, and he wept as he held his dear wife in his arms, so loyal and so true. Sweet moment too for her, sweet as the sight of land to sailors struggling in the sea…. If that is bliss, what bliss it was for her to see her husband once again. She kept her white arms round his neck and never quite let go.

A Deficit of Heroes

We must maintain an emotional distance even from those who project an aura of holiness. Often, God’s holy ones are known only to Him.

In a consumerist society where happiness is equated with the acquisition of material things, in…

Paul Not Knocked Off a Horse... “Old-Timer”... GOD/Art... Ferocious Postal Rate Hike... Distressed... Thank You... Without Exaggerations... Terms of Disapproval