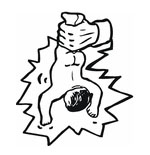 By Michael Hichborn | July-August 2007
Michael Hichborn, a 1999 graduate of Christendom College with a degree in political science and economics, is Assistant Director for Media Relations of the American Life League (1179 Courthouse Rd., Stafford VA 22554).

What is one to do, when faced with a yes or no decision that is morally appalling in both directions? For centuries, philosophers and ethicists have debated the notion of situation ethics, whereby they pose impossible scenarios involving a “this or that” choice in an attempt to discredit the idea of a moral absolute. The point of their argument is that, in some situations, one must choose the lesser of two evils. Forgetting that one must never choose evil at all, the five Catholics who sit on the Supreme Court of the United States faced such a decision this past April in their Gonzales v. Carhart decision.

Some background: The Partial-Birth Abortion Ban Act of 2003 was hailed by many in the prolife community, and lamented by those in the pro-death camp, as the beginning of the end of so-called abortion rights. The common belief was that the Act would be the launching pad for further legislative and legal measures that would eventually lead to an overturning of Roe v. Wade. Nothing could be further from the truth. Prolifers have been completely misled by what is at best lip service, but what is in reality a cementing affirmation of the precedent established by Roe.

What We Have Here Is a Failure to Communicate (Catholic Teaching)

Barack Obama has been billed as the most extreme pro-abortion president ever. Yet 54 percent of Catholics voted for him. How could that be?