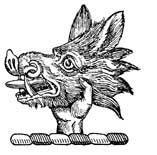 By Franky Schaeffer | October 1985
Franky Schaeffer resides in Salisbury, Massachusetts, and is President of Schaeffer V Productions. A film writer and director, and an evangelical Protestant, he is the author of several books, his latest being Bad News for Modern Man. This article is copyrighted 1985 by Franky Schaeffer.

Well over a decade has passed since abortion was legalized nationwide, yet awareness of what abortion is all about is in its infancy in many evan­gelical circles. This awareness has largely come from the influence of sources outside the main­stream evangelical establishment.

Most evangelicals now speaking out against abortion are tardy, and there are still vast numbers remaining silent altogether. Moreover, numerous evangelical leaders are openly expounding excuses for why they have not adopted a clear pro-life posi­tion.

Many evangelicals, including students at evan­gelical colleges, are becoming distressed by the fail­ure of the evangelical establishment to take a strong stand against abortion. As I have traveled across the nation speaking on evangelical campuses, I have been struck time and again by the desire of students themselves for pro-life leadership. I have also been struck by the ambivalence, even hostility, of faculty and administrators at these same schools toward the pro-life cause. At Oral Roberts Universi­ty the administration went so far as to ban the for­mation of a pro-life action group on campus, even though the group had the support of several hun­dred students, including almost the entire student body and faculty of the university’s law school.

The lack of basic pro-life information and literature on evangelical campuses is a major factor in perpetuating the indifference. A surprising number of evangelical scholars and leaders are not even aware that such literature exists. It would be safe to say that the libraries of many evangelical col­leges and seminaries contain few of the many hun­dreds of works written espousing a pro-life view, and have no subscriptions to journals or magazines consistently articulating the pro-life position. An­other problem is the reticence of evangelicals to learn from the better Roman Catholic writers and institutions.

The Prayers of Moloch's Modern Priestesses

Moloch's modern priestesses, who can be found roaming the American halls of power, recast abortion as sacrosanct and inviolable -- a right protected and made possible by the benevolence of an ambiguous deity.