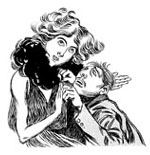 “Critical Thinking” in the Postmodern University

By Clifford Staples | September 2017
Clifford Staples is Professor Emeritus of Sociology at the University of North Dakota and a Faculty Associate with the Veritas Center for Ethics in Public Life at Franciscan University of Steubenville. His essays have appeared at CrisisMagazine.com, TheCatholicThing.org, TheChristianReview.com, and CatholicExchange.com.

Critical thinking means, unremarkably, analyzing something carefully and objectively in order to arrive at a sound judgment about it. Well, who could object to that? Of course, we should encourage “critical thinking” at our universities, and everywhere else! But, crucially, note that the focus of critical thinking is on the means and not the end of thinking. There is something missing from the university and efforts to reform it through critical thinking. What’s missing is truth.

“Critical thinking” sounds a lot better than run-of-the-mill thinking, and it’s just the sort of thing one might hope to encounter at a place of higher education. But hope quickly turns to despair as soon as one realizes how low “higher education” has fallen. With few exceptions, the soul of the postmodern university is atheist humanism. Outside of mathematics and the hard sciences (where reality is more difficult to ignore), professing a belief in the existence of any truth other than the “truths” man forges for himself is largely forbidden. Should one propose as true, and not merely as opinion, that there is an order to human things that humans did not make, one can expect howls of protest and complaints to the proper authorities. One only need mention “God,” “nature,” or “nature’s God” to unleash the hate and unsheathe the knives. Any failure to prop up the delusion that man is free from all constraints other than those he chooses for himself will be punished. Against Aristotle, the reigning orthodoxy in today’s university is the view that man alone decides what it means to be man.

To understand what critical thinking means in today’s university, and, more importantly, what it doesn’t mean, we must ask: Thinking about what? Properly understood, thinking is ordered to first knowing what is true. But in a context in which the existence of any transcendent truth is denigrated and denied, using our minds in the way God intended us to use them — to come to the knowledge of the truth — is verboten. Into this vacuum created by the inability or unwillingness to engage with the end of thinking rushes the obsession with the means of thinking, which has been the hallmark of the critical-thinking reform movement on campus.

Approximately fifteen years ago I approached officials at a large, secular state university in the…