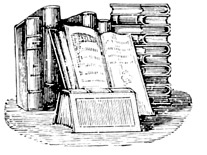 By Marian E. Crowe | September 1999
Marian E. Crowe is Adjunct Assistant Professor in the Arts and Letters Core Course at the University of Notre Dame.

According to the 1999 Catholic Almanac,there are 235 Catholic colleges in the United States. What does it mean for an American college to identify itself as “Catholic”? This question is perennial, but it is currently urgent, as the educators and bishops of America deal with the norms for Catholic colleges set forth by Pope John Paul II in Ex Corde Ecclesiae (ECE). So great is the apprehension among some academics that the American Association of University Professors, in soliciting new members at Catholic colleges, plays on the fear that the Catholic Church is attempting to take over these colleges, impose invasive controls, and endanger academic freedom.

Some who fear ECE’s impact insist that the Catholic college is not and should not be a part of the institutional Church or seen as an arm of the Church. But realistically — ECE or no ECE — there is no way that a Catholic college will not be identified as such, both by the general public and by Catholics. A school that is known as a Catholic school is visibly and publicly Catholic. What it does, what it allows, the thinking it fosters, and the scholarship it promotes will unavoidably be associated with and taken as representative of the Catholic Church. Thinking otherwise is naïve. That is why it is important to know what it means for a college to call itself “Catholic” or even “a college in the Catholic tradition.”

To try to clarify what Catholic colleges should be and could be today, it will be helpful to look at what they have been in the past. (For brevity’s sake, I use the term Catholic college to refer to both colleges and universities. To be sure, universities, with their graduate schools and stronger emphasis on research, embody a different configuration of the problem of Catholic identity. I am primarily concerned here with undergraduate education and use the term college to refer to both kinds of institutions.) For this brief historical sketch I draw on three recent books: Philip Gleason’s Contending with Modernity, David O’Brien’s From the Heart of the American Church, and James Burtchaell’s The Dying of the Light.

Gleason’s book traces the history of American Catholic higher education in our century. Having begun mostly as academies, modeled upon European schools and almost exclusively dedicated to instruction in classical languages and the liberal arts, these institutions needed to conform to the emerging structure of American higher education if they were to help American Catholics (mostly immigrants or children of immigrants) to move into the mainstream of American life. This transformation involved such matters as adopting the four/four sequence of high school/college, assigning credit-hours to courses, and meeting the qualifications for state certification for teaching and for admission to law, medical, and professional schools. As state-supported institutions of higher learning began offering high-quality, low-cost education that paved the way for prosperity, young Catholics were very attracted to this option. Catholic educators, concerned about the dangers to students’ faith in such a secular education, proposed the establishment of Newman Centers near secular campuses, so that Catholic students could attend Mass, receive pastoral care, and even take some classes in religion. Although many Newman Centers were established, this option was ultimately rejected as inadequate for the educational needs of Catholic students. For example, a 1925 article in America magazine stated that “Religion is not simply a branch of learning. It is the basis and foundation of education that must color every subject. It gives it its vivifying form…. (quoted in Gleason, p. 144).

Another Victim of Institutional Coddling

On at least one college campus, teaching certain aspects of the Catholic faith -- even in the context of a class on Catholicism -- is considered "hate speech."