Volume > Issue > Christopher Lasch, Radical Orthodoxy & the Modern Collapse of the Self 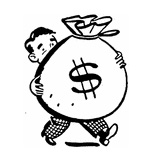 Christopher Lasch, Radical Orthodoxy & the Modern Collapse of the Self

By Adam Parsons | November 2008
Adam Parsons is a 2007 graduate of Geneva College in Beaver Falls, Pennsylvania.

Ed. Note: Christopher Lasch, R.I.P., is a Contributing Editor of the NOR.

In the divided society we inhabit, one claim, at least, is assured of nearly universal assent: that something is terribly wrong with society, and that it — whatever “it” is — has been going wrong for quite some time. The problem, more often than not, is presented as a simple dichotomy: the rise of “theocratic” government as a threat to pluralist democracy, or the decline of “Judeo-Christian” morality in favor of “moral relativism” of one sort or another. While popular, these platitudinous rallying cries are largely transient; though they might spur a flurry of trendy talking-head pieces in response, they do little to address the real, deep-seated sickness affecting Western culture. One critic who has stood out from this group is historian Christopher Lasch, whose series of books discussing American culture has been a frequent subject of conversation, but has been less than effective in changing the course of political or societal trends. More recently, a group of theologians originally tied to Cambridge University has been offering another extended critique of the structures of modern Western society; their project, termed “Radical Orthodoxy” by some, extends and enriches Lasch’s work.

Christopher Lasch had, perhaps, the ideal liberal background. Raised by parents active in the Midwestern Democratic Party, he attended Harvard in the early 1950s and continued in his parents’ progressive footsteps. During his time at Harvard, he was exposed to, and became interested in, neo-orthodox Christian theology. In the 1960s Lasch became active in the New Left, seeing in it a possible escape from the stifling Enlightenment project he had grown to perceive as the basis of liberalism. However, at the same time Lasch was moving toward the New Left, he was also gaining deep appreciation for the value of bonds formed by tradition. This appreciation ultimately drove him to part ways with the New Left, as his focus shifted to the study of the structures of human society. This shift was heralded in 1977 by the publication of his book Haven in a Heartless World: The Family Besieged, which was followed two years later by what would become his most famous work, The Culture of Narcissism: American Life in an Age of Diminishing Expectations. His work in this latter period of his life defied pigeonholing, combining, for example, a typically leftist critique of extant economic structures with an appreciation for the value of cultural tradition deeply resonant with that of many self-described conservatives. In the years between the publication of Haven and his death, Lasch levied a sustained critique of Western, and particularly American, society from this unique vantage point.

For Lasch, the fundamental problem with modern Western society lies somewhere in the vicinity of society’s atomization. Traditional structures have broken down; political life is disintegrating; the family is breaking apart; work has become a merely economic and transactional enterprise; the self has turned inward. Lasch locates these phenomena primarily within a larger discussion of the market, which, he says, has co-opted these traditional institutions and led to this dis-integration. While this position is evident in The Culture of Narcissism, it grows more pronounced in his later works, finding its fullest and most explicit presentation in The Revolt of the Elites, where he says that the market “does not easily coexist with institutions that operate according to principles that are antithetical to itself: schools and universities, newspapers and magazines, charities, families. Sooner or later the market tends to absorb them all.”

Although the collapse of the self is a thread running through the majority of his work, Lasch focuses most intently on this collapse, fittingly, in The Minimal Self. In this book, he discusses the relationship between the “fantastic world of commodities” and the diminished modern conception of the self. The self, he argues, must be an integrated interior and exterior, with an awareness of its outlines, willing to exist in tension between the temptations to “remake the world in its own image” and to “merge into its environment.” In a society of mass production, however, workers, treated as a quantifiable and replaceable entities, become accustomed to “the repeated experience of uneasy self-scrutiny, of submission to expert judgment, of distrust of their own capacity to make intelligent decisions.” This serves to instill in the individual an increased identification of the self with the surface appearance, to collapse the distinction between appearance and reality. Confronted with a seemingly endless and ever-expanding range of choices between different flavors of toothpaste or scents of antiperspirant, the individual becomes paralyzed by the expansion of meaningless choice, and is prevented from exercising any real freedom, from the possibility of making a meaningful decision among substantially different options. Life becomes increasingly dependent on the maintenance of a high-technology infrastructure, and old age becomes a state of particular and increased dependence on an economy of medical technology.

The Motherhood of the Church

A good mother teaches her children but knows that her teaching will not be well received if she does not also love her children with a vigorous and gen­erous love.

A Just Society: It Cannot Be Drawn on a Balance Sheet

No matter what the Dow-Jones average is doing, “opportunities for work” must be “provided for those who are willing and able to work,” as Pius said.

Comments on the First Draft of “Catholic Social Teaching and the U.S. Economy”

The average Catholic will ask himself, “What can I and my parish do for economic justice? How should my spiritual life affect my social behavior and my habits of consumption?”