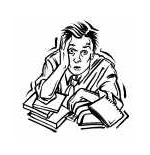 How does Fr. Curran say he’s failed? Is it by publicly dissenting against Bl. Pope Paul VI’s encyclical Humanae Vitae in the 1960s with his statement that “spouses may responsibly decide according to their conscience that artificial contra­ception in some circumstances is permissible and indeed necessary to preserve and foster the value and sacredness of marriage”? Well, no.

Is it by insisting in the 1970s that “the official hierarchical Roman Catholic teaching should accept the moral value and goodness” of same-sex relationships and that “homosexual actions between committed partners are in a true sense objectively good”? Sorry, no.

A popular children’s book remains on the 'Teachers’ Top 100 Books' list although its ostensible aim appears to be to denigrate Polish Americans.

Though the Indians held the Black Robes in high regard, one -- above all others -- gained the respect and trust of the Native tribes.