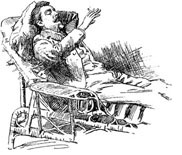 “Don’t be judgmental!” It is the First Commandment of modern life, and one hears it all the time. Yet the authoritative Oxford English Dictionary says that “judgmental” has been used as a pejorative — to mean overly moralistic and excessively critical — only since the 1960s. In the long history of morals, then, being “nonjudgmental” has been a cardinal virtue only for the blink of an eye. Yet in its brief career, nonjudgmentalism has taken a firm hold — one might say a stranglehold — on our moral sense. Does this new virtue serve us well?

In Littleton, Colorado, 15 crosses in a row commemorated without distinction 13 victims and two murderers, while the murderers’ faces saturated the media. The cover of Time showed two large photos of the murderers and 13 small photos of their victims. Giving equal sympathy to criminals and victims, while giving more fame to criminals, can have only one result: more criminals, and hence more victims. Elsewhere, residents displayed “We forgive you” signs to a multiple murderer. A minister declared it “our duty” to forgive Timothy McVeigh for the Oklahoma City bombing. We freely forgive those who hurt others, even if the victims do not forgive, or cannot forgive because they are dead, and even if the criminals do not repent. But though our tolerance is great, it has its limits — let someone express a moral judgment and we harshly condemn him.

Examples abound: A talk-show host declared Bach’s music superior to the obscene, death-centered music of “Antichrist Superstar” Marilyn Manson. A caller retorted, “Don’t be judgmental.” Another caller claimed that all cultures are equal. The host replied that cultures that practice slavery are morally inferior. The caller angrily accused him of being Eurocentric and judgmental, adding, “That’s just your opinion; who are we to judge other cultures?” That is, standards are relative to the group or individual — there are no standards applicable to all. We can scarcely distinguish the two murderers from the 13 they shot to death in the Colorado high school. Who says we’re judgmental?

We remove the Ten Commandments from schoolrooms, then wonder why kids become amoral egotists. We give kids no source of transcendent meaning, then are baffled when they seek it in cults, careers, or violence. We discard the rituals of religion and patriotism, then are bewildered when kids search for meaning in the rituals of Satanism or Nazism. We no longer teach kids to identify themselves as Christians and Americans, then are depressed when they seek identity in black trenchcoats, gang colors, tattoos, or body piercing. We teach kids self-esteem instead of self-control, then we’re perplexed when they develop a colossal feeling of entitlement. We make the churches inhospitable to males, then we’re disturbed when male aggression is not directed into useful channels. We give kids things instead of love, then are sad when they become unloving materialists. We try to be pals instead of parents, then are distressed to find that we are afraid of our own kids. We send kids to psychotherapists who teach that there are no “shoulds,” then we’re upset when kids agree. We dose our kids with antidepressants and stimulants, then are appalled if they turn to drugs whenever they experience problems. We prevent smoke from entering their lungs while allowing sewage to enter their eyes and ears, then are baffled when kids have healthy lungs but damaged souls. Judgmental? Not us.

Daily we hear of intemperate students demanding this or that “right” drawn from a grab-bag of potential claims on others’ behavior.