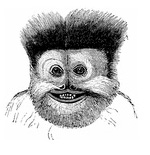 In October 2004 a media firestorm engulfed the Dover School Board in Pennsylvania when it required that teachers read a statement about Intelligent Design in the classroom.

This was no isolated incident. Darwinian evolution enjoyed the status of an unquestioned orthodoxy for decades, but now it has suffered an ever-swelling number of challenges. Thanks to the work of a small number of scientists, the concept of Intelligent Design (ID) has become part of our public discourse — and scientists who once disdained any effort to answer creationist challenges are now entering public debates with some of the most prominent members of the ID movement.

Many Catholics have no idea what to make of all this. After all, isn’t ID merely the latest disguise for a creationism based on an overly literal Fundamentalist interpretation of Scripture? Didn’t Pope John Paul II endorse evolution? Aren’t there serious philosophical problems with any scientific attempt to identify design in nature?

When Thor’s Oak came crashing to the ground circa A.D. 723, thanks to St. Boniface’s…

Confessions of a Lapsed Evolutionist

The Christian view of man’s origins rests upon sources totally indepen­dent of the changeable and conflicting theories of the scientist.