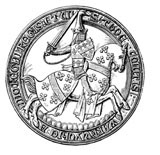 By Thomas Storck | October 2004
Thomas Storck is the author, most recently, of Christendom and the West: Essays on Culture, Society and History.

In the upcoming November election, Catholics will make up one of the largest groups of voters, with both major parties naturally anxious to have our vote. And it would seem that this is all to the good.

The Catechism tells us that it is “morally obligatory…to exercise the right to vote…” (#2240). My only regret is that too many Catholics don’t follow the dictates of their faith when they enter the voting booth.

But I have a slightly different message to give: Don’t vote for anyone for president. Catholics should deliberately withhold their votes. Before readers rush to compose letters to the editor attacking me, let me try to justify what I just said. And let me be clear that I am speaking primarily of the presidential election. Congressional and local races vary too much to generalize about, but to the extent that they mirror the situation that prevails in presidential politics, I would say the same thing about them.

I fully admit the importance of orthodox Catholics attempting to influence public policy in a democracy. We can hardly stand by and let others bring our country to ruin. So why do I counsel us not to vote? Because voting in our case means falling into a trap recently set up by the secularist milieu of our country, which gives Catholics no real choice in most elections.

In the past, Catholics in large part identified with the Democratic Party. And there was a reason for this. Not only had Democrats given our immigrant ancestors a welcome back in the 19th century, but the economic policies of the Democratic Party, by and large, comported better with Catholic teaching than did those of the Republicans. (Likewise on cultural issues — it was Republicans, for example, who mostly supported Prohibition.)

To Make Catholics Fit Into America

Catholics can provide the best intellectual framework for the "American proposition," but subordinating the Church to a larger project is an error.