Volume > Issue > Can Thomism Save Science? 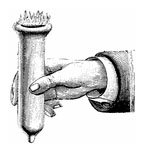 Can Thomism Save Science?

By Murray S. Daw | November 2009
Murray S. Daw is the R.A. Bowen Professor of Physics at Clemson University. He received his Ph.D. in Theoretical Physics from CalTech in 1981, and has worked in industry, government labs, and academia. He is a fellow of the American Academy of Arts and Sciences and the American Physical Society.

Ed. Note: The first installment in this two-part series, titled “Is Scientism Winning?” appeared in the October issue.

In our initial article we raised this question: Is the Catholic community retreating from an engagement with science? Answering in the affirmative, we attributed the retreat to an inadequate understanding of the philosophical foundations of science and of knowledge as a whole. The breadth of the problem reveals how widespread and complete is the lack of principled understanding of the proper nature and role of science.

This problem is not new, nor is the identification of its cause. As a former professor visiting his former university in Regensburg, Germany, Pope Benedict XVI identified the crisis of reason as the root problem of the West. Human reason, reduced in modern times to empirical rationality, has forgotten what it means to be human, with tragic consequences. No longer capable of the clear perception of order, goodness, and intelligibility, our culture has reduced morality to relativism, a utilitarian calculus devoid of true reason. Who needs to be reminded of the results?

One symptom of the schism is the growth of scien­tism, which Pope John Paul II recognized as being of particular prominence in the modern world. As the late Holy Father pointed out, scientism has at its root an incomplete understanding of knowledge, of reality, and of humanity, which can only be mended by a return to first principles — in this case, the principles of natural philosophy. In returning to the work of St. Thomas Aquinas, the exemplar of natural philosophy, is it possible to rediscover science proper, and to find thereby a means of returning the world to an integrated view of faith and reason?

Christians and pro-lifers need to wake up to the betrayal by politicians who advance immoral researchers' agendas in an incremental, yet deliberate fashion.

In a future dominated by a technology that doesn’t make us any happier or less alienated, we fallen beings will have to make an effort to acquire virtue and the spiritual life.