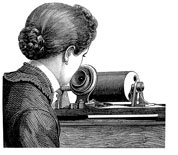 THE CASE OF IRAQ

Some things just don’t seem to change. Back in its October 1991 issue the NEW OXFORD REVIEW presented a “Symposium on Transcending Ideological Conformity.” In that issue a dozen thinkers who don’t fit the conventional political categories of Left or Right responded to several questions, including: “Why is it that so many people fall into rigid left-wing or right-wing ideologies, such that if you know their position on one issue you can usually predict their position on virtually every other issue?” Among the respondents were Stanley Hauerwas, James G. Hanink, and Dale Vree.

Hauerwas, describing the analysis of himself by a prominent neoconservative wrote, “It seems I fail to appreciate that politics is finally an arena of limited options in which ideas must be wedded to the power of self-interest for the realization of the relative good.” He observed that “many people become animated about a cause because it yields the only form of community they can discover. We seem not to share much in common except our loneliness. Such ‘politics’ is not so much wrong as it is sad.”

Hanink identified the Catholic Worker Movement, the prolife movement, and Germain Grisez as formative influences that helped him to see beyond Left and Right. Insightfully, he mentioned that “even when one is convinced that Catholic social thought is plainly at odds with the status quo, it is a daunting affair to keep one’s footing. ‘Mainstream’ institutions…follow agendas which pull us back again and again to either the ‘Left’ or the ‘Right’ or a compromised moderatism that splits the difference…. A reflective person can challenge this pattern…but to do so demands a high tolerance for cultural dissonance. There is a strain, on the personal level.”

Vree commented that “what troubles me most about the power of ideology is the way it obscures the light of the Gospel from inside the household of faith…. Too many orthodox Christians carry with them attitudes which appear to be at odds with the Gospel.” Writing in the aftermath of the Gulf War and before the end of the Cold War, he added, “I see a preferential option, not…for peace but for war and preparations for war (even nuclear war); not for the common good of humanity but for national self-congratulation and self-aggrandizement.”

Deterrence advocates acknowledge the intrinsic balefulness of war but argue nonetheless that the possibility of war is ever-present.