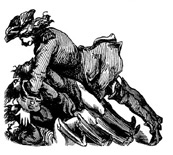 Population-control zealots routinely presume to speak for the poor of Africa. But what does an actual African woman have to say? Obianuju Ekeocha in Target Africa contradicts the rich world’s narrative. Ekeocha, a Nigerian, is a biomedical scientist and human-rights activist. Her training makes her quite at home discussing the undisclosed dangers of contraceptive drugs and devices, and her clear thinking and moral backbone give her strength to confront a deadly ideology. Ekeocha calls Africans “the most philoprogenitive people in the world.” Generally speaking, African women desire many children. But among population-control experts and global elites, no vox populi is heeded; they continue to “wage war against the fertility of African women.”

Ekeocha’s native culture values human life and motherhood; it sees abortion as a grave injustice. Recent surveys by the Pew Forum show that abortion is morally unacceptable to 92 percent of Ghanaians, 88 percent of Ugandans, 82 percent of Kenyans, and 80 percent of Nigerians. Compare this to 14 percent of French, 19 percent of Germans, 25 percent of Brits, and 26 percent of Canadians. “Perhaps,” Ekeocha muses, “Africans tend to oppose abortion because safely bringing healthy babies into the world is more difficult in Africa.” Perhaps they also are more grateful for their children. Across the continent, abortion is prohibited in 22 countries and is conditionally permitted in 28 more. Only four permit abortion-on-demand: Cape Verde, Mozambique, South Africa, and Tunisia.

Wily “new colonial masters” have tried to push abortion by stealth. In 2013 Ekeocha’s home state of Imo, Nigeria, passed a law ostensibly about violence, but it contained a legal right to abortion. Pro-abortion activists from Europe and the U.S. had their fingerprints all over it. When the citizens of Imo got wind of it, they “took to the streets in protest.” Within days the governor signed a repeal, due to the public outcry. A similar situation played out in Sierra Leone in 2016, when a stealth abortion law was discovered and then opposed by citizens and their religious leaders.

Ekeocha highlights the fact that those who spend the most to promote abortion in Africa come from countries with very low fertility rates. After Trump reinstated the Mexico City Policy and deprived international abortion groups of $600 million in U.S. funding, the “SheDecides” campaign aimed to close the gap. Big donors to SheDecides were Canada, Denmark, the Netherlands, Belgium, Finland, Norway, and Sweden, which have a collective average fertility rate of 1.73. The SheDecides fundraiser, Ekeocha says, “did not make headlines in Africa. No one there was celebrating the money that was raised to abort African children.”

Western meddling reaches new heights of arrogance in a campaign called “PopOffsets,” which allows wasteful Westerners “to offset their carbon emissions by making online donations for contraception and sterilization” — in Africa! Per-capita carbon emissions in the U.K. are 135 times higher than in Ethiopia, but “go ahead,” Ekeocha jabs, “commandeer the world’s resources and live self-indulgently…so long as you prevent a poor African from being born.”

Who recalls Melinda Gates’s contraception-for-the-poor bandwagon? Once it got rolling, pharmaceutical giant Pfizer got a dream contract, making millions of doses of their injectable hormone for poor Africans. The BBC and others hailed the shot as the “one dollar contraceptive set to make family planning easier.” But whose ease is at stake? Ekeocha says the extensive project only makes African women “sterile at the cheapest rate possible.” This is not what these women have asked for, but “in a world of shocking cultural imperialism, it is what our ‘betters’ have chosen for us.”

Researchers in the developed world know that injectable contraception increases the risk of HIV, doubles the risk of breast cancer, and causes bone-density loss, among other side effects. But the Gates campaign hardly mentions side effects or the inadequacy of African healthcare systems to deal with them. Ekeocha declares, “The insistence on reducing the population of Africa, no matter what the cost to the Africans themselves, is racism, imperialism, and colonialism disguised as philanthropy.”

Sad to say, Africa’s leaders only rarely stand up to the West. Corruption is a huge problem. While the ruling class lives “like royalty,” the economic well-being of most Africans has not improved since the 1970s. Experts estimate that “between 1970 and 2008 Africa lost more than $854 billion” to corruption. Ekeocha says foreign aid is the opium of the ruling class, and “foreign money that does little more than make aid junkies out of corrupt government officials is of no help at all.” Population controllers readily exploit this “aid addiction” that compromises the autonomy of national governments.

Since a landmark 1994 UN conference in Cairo, wealthy countries have tied their population-control schemes to aid. And in the past decade, population-control funding “surged ahead of funding for everything else.” Yet the rate of return on these multibillion-dollar contraception plans screams failure. As Ekeocha says, “There is still minimal acceptance” of birth control. A 2014 UN report shows a three percent decrease in so-called unmet need for contraception coinciding with a 1,932 percent increase in donor spending.

What, you might ask, should the West be doing? Ekeocha suggests investment in quality education to allow women “to rise to their full stature” and lift their families and communities. Western nations must bear in mind that we became powerful when our policies encouraged stable, traditional families. Our “economic booms coincided with population growth.” We could allow Africa to follow this path. Countries for which aid has proven ineffectual since the early 1970s might do better with less aid, motivating them to take charge of themselves. “Trade, Not Aid” can be tried; African economists are champing at the bit to try alternative paths to development. Last year the president of Ghana expressed the popular desire for authentic growth: “Our generation is not seeking hand-outs from anybody, and neither are we going to be pawns or victims.”

Since hemorrhage, hypertension, and sepsis cause more than half of all maternal deaths worldwide, efforts should be directed toward improving blood-transfusion capabilities and blood supply, sepsis treatment, and blood-pressure management. Ekeocha points out that at international forums that purport to be concerned with maternal health, abortion is promoted much more than all the above life-saving treatments combined. Western-funded feminists always seem to dominate.

As foreign activists try to recreate Africa in their own image, they do violence to continent-wide cultural touchstones and majority rule. Ekeocha believes global elites see themselves as “the rightful masters of Africa,” who look upon African cultures and traditions as “quaint artifacts that have no relevance.” But the poor, beloved by God, have much to give. As Ekeocha reminds us, “The most precious gift that Africans can give to the world right now is our inherent culture of life,” which celebrates “the beauty of womanhood, the grace of motherhood, the blessing of married life, and the gift of children.”

From Guiding Lines to Institutional Reality

In the case of both the Latin Mass and the ordi­nariates, Pope Benedict's response was to revolutionize a policy put in place by his predecessor.

Edith Stein was brought up in a devoutly religious Jewish home but felt an ever-growing attraction to Christianity as she studied philosophy.