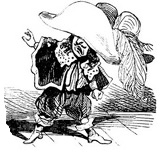 Liberalism: A Critique of Its Basic Principles and Various Forms

Liberalism is on the defensive. A host of books and articles documents its decline. The specter of illiberalism haunts the West. While the defenders of liberalism advance various theories to explain its predicament, few, if any, seek the root of the problem in the doctrine itself.

Louis Cardinal Billot, S.J., did so over a century ago. Defining liberalism as a movement for the individual’s liberation from God, His law, and His Church, Cardinal Billot demonstrated its “inherently absurd” nature. The republication of his essay on liberalism, an excerpt from his treatise De Ecclesia Christi in a newly revised translation, is thus particularly timely.

Who was Cardinal Billot? When I mentioned his name to a theologian of my acquaintance, he hinted cryptically that Cardinal Billot does not enjoy a high reputation. This is probably true. Billot (1846-1931) was a monarchist. He was also a supporter of Action Française, a French political movement led by the agnostic Charles Maurras, which has been variously described as monarchist, royalist, legitimist, far-right, anti-Semitic, and even fascist. It took the side of the anti-Dreyfusards in the early years of the 20th century and participated in the Vichy Regime during World War II. In fact, Pope Pius XI condemned Action Française in December 1926 and placed its eponymous newspaper on the Index of Prohibited Books. For reasons that remain obscure, Billot returned the cardinal’s hat in September 1927; he was the only 20th-century churchman to have done so. Pius XII revoked the condemnation of Action Française in 1939 — too late for Billot, who had died eight years earlier. In short, Cardinal Billot was “on the wrong side of history.”

None of this is likely to deter the NOR’s fair-minded readers from looking into his body of work. But Billot’s record is likely to frighten off many Catholics who have a healthy distrust of the Right and an understandable commitment to democracy. This is unfortunate. We need not share Billot’s political sympathies to appreciate his critique of liberalism. He advances no political program in his essay. Rather, he is content to expose the fallacies of the dominant Western political discourse since the 18th century and to call for a genuinely Catholic order.

With steely logic, Billot demonstrates the absurdity of making freedom an end rather than a means. Setting up individual liberty as the ultimate good, liberalism’s rebellion against all social, cultural, and religious constraints destroys the fundamental social organs of marriage, family, community, and church — as well as society itself. The result, he predicts, will be the total subjection of the individual to the state. His warnings are eerily prescient: Billot died in 1931, just before the full horrors of totalitarianism engulfed both the Soviet Union and Germany. But his warnings about the social effects of even moderate liberalism, and the incoherence of “liberal Catholicism,” ring true in today’s America.

In reading Billot’s text, one is never conscious that it has been translated from Latin. This is a tribute to the quality of Thomas Storck’s reworking of Msgr. George Barry O’Toole’s 1922 translation. Kudos is also due to Inez Fitzgerald Storck, who rendered the lengthy passages from Joseph de Maistre, Charles Maurras, Louis Veuillot, and others into graceful English. Nowhere in the book, however, are we given the date of Billot’s text. This would have provided welcome historical context.

As Storck suggests in his introduction, readers should not assume that this book can serve simply as a condemnation of modern American liberalism and a vindication of contemporary American conservatism. For liberalism, as conceived by Billot, encompasses both. Despite attempts by some Americanist apologists to distinguish John Locke and the English Enlightenment from the French Enlightenment and Revolution that Billot condemns, both share a common root. Storck points out that both reject the idea, developed by Aristotle and Aquinas, that the purpose of the state is to bring men to virtue — that is, to God. Applying Billot’s analysis to U.S. history, Storck demonstrates that American Lockean liberalism has brought much the same results that the cardinal predicted for France.

What are the implications of Billot’s thought for the Church today? Certainly, the Church has always found ways to survive regimes operating according to secular and even anti-Christian principles. Individual Christians can exist under what Billot terms the “pagan legislation” of his time, though, as he points out, “a truly Christian society cannot.” Today’s Catholics, however, are all too prone to succumb to the blandishments of liberalism. This is true not only in the West but also, and perhaps especially, in nations emerging from communism. Understandably, the totalitarian experience has propelled Eastern European intellectuals into the arms of European liberal democracy. Even the Catholics among them seem blithely confident that Christianity and liberalism go hand in hand. As for the United States and Canada, calls for the restoration of a Christian culture and society sound quixotic. It seems more likely in today’s politicized atmosphere that, compelled by Billot’s unyielding logic to choose between secular democracy and a coherent Catholicism, many self-described Catholics would opt for the former.

Some Catholics, indeed, would dispute Billot’s claim that liberty must necessarily destroy all social institutions standing between the individual and the state. They would point out that liberalism has simply made these connections voluntary, an aspect of the transition “from status to contract.” One must not assume that individuals will always choose to sever those organic ties. But even if they do, they argue, the important thing is to preserve the choice. They see the current devastation of marriage, family, community, and church as the price of freedom.

Non-Catholics might likewise remain unpersuaded. Those who do not believe that the state has any purpose beyond secular goals such as those outlined in the preamble to the U.S. Constitution will not permit the Church a role that violates the anti-establishment clause of the First Amendment or, in European nations, the separation of church and state. They might still, however, acknowledge the insufficiency of liberty as the sole governing principle of society.

Those who do take Cardinal Billot’s analysis to heart will have few options. A Christian monarchy, of course, is unrealistic. Revising democratic constitutions to reflect the derivation of political authority not from “the people” but from God is a nonstarter. In Europe, Christian democracy seems to have perished on the horns of the church-state dualism that Billot exposes as untenable. No major political party dares to accord the Church the kind of primacy that the cardinal advocated. Yet Billot’s central message, as Thomas Crean, O.P., concludes in his foreword, is dire: “We must have either Christendom or tyranny.”

What, then, is to be done? Billot warns that “the social order can in no way be upheld and stabilized, unless the Church resumes the direction of social affairs.” He hopes for a “restoration.” What exactly does that mean? Is it consistent, for example, with civil liberties and representative government? Elements of basic civil liberty and representative government existed for centuries in Catholic states. In any case, it would be erroneous to conclude that, in our liberal age, serious Catholics must retreat from politics altogether and simply await the Kingdom. Billot criticizes those who, thinking it useless to struggle against the “spirit of modernity,” acquiesce in the liberal order. Today, they can work to propose, create, and promote a vision of a society that would be truly Christian and — precisely for that reason — optimal for non-Christians as well. The first step in such a project should be a diligent study of this brief but pithy book.

That Mosquito on the Tuxedo

Neuhaus also made this pointed remark about me in that brief response: “I have no…

American Law from a Catholic Perspective... The Soul's Upward Yearning... God So Loved the World... The Light Shines on in the Darkness... Aquinas and the Theology of the Body