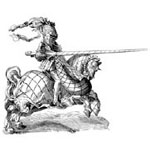 Because of Our Fathers: Twenty-Three Catholics Tell How Their Fathers Led Them to Christ

Tyler Rowley’s compilation of tributes paid by grateful offspring to their fathers shows how important husbands and fathers can be, and indeed should be, in the life of a family. One of the standout features of Because of Our Fathers is its championing of husbandly headship, a principle clearly articulated in sacred Scripture. As a case in point, Joseph, the foster father of Jesus, appears to have been an exemplar of the strong, silent type — Scripture doesn’t record a single one of his words. Yet it was on his initiative that the Holy Family moved to Egypt, then back to Israel, and finally to the hill country of Galilee. Three times he proposed relocation, and three times Mary gave her consent.

I mention Rowley’s affirmation of traditional Church teaching because it is timely. The support that husbandly headship receives from the 1994 Catechism is feeble at best, and modern-day bracketing of headship passages by missalette editors gives lectors an option they shouldn’t have. Needless to say, there are husbands who shirk their duties, in which case the better half must take over. But this is not ideal.

How important is the man? Social statistics indicate that a disproportionate number of youngsters from single-mother homes turn to alcohol, drugs, sex, and crime. A study published by the Swiss government found, in like vein, that fathers are more likely than mothers to determine a family’s spiritual direction. Where the husband is a non-practicing Christian and his wife is practicing, 60 percent of their children wind up non-practicing. In homes with a practicing Christian father and non-practicing mother, the percentage of children who end up non-practicing drops sharply — to 33 percent. According to a similar study cited by Steve Wood, head of Family Life Center International, if a father is the first in his family to convert, there is a 93 percent chance that the rest of the family will follow suit, as compared with only 17 percent when the mother is first to convert.

Many are the ways in which fathers can excel, and Rowley’s contributors touch upon nearly all of them. One husband takes his wife out on weekly “dates” to keep the spirit of courtship alive. Another stirs the heart of his brood by admitting error. Finding himself in the wrong, he apologizes. Volunteer service wins plaudits, as does restraint in the use of discipline, though none of the writers has any problem with the spankings they received.

The power of good example can be greatly magnified by what a father has to say. On one occasion, the children of Antonin Scalia, later a justice of the Supreme Court, tried to defend their dodgy behavior by claiming that “everyone else is doing it.” He shot back, “Why would you want to be like everyone else?” When they dismissed his moral absolutism as “something out of the Middle Ages,” his reply was equally sharp: “What’s wrong with the Middle Ages?” Charles E. Rice, the legendary Notre Dame law professor and father of ten, bombarded his children with questions about Catholic history and apologetics, while the father of Christopher Check, president of Catholic Answers, the largest lay-run apologetics organization in America, evangelized his children by insisting that “the truth exists. It is knowable. Love it. Conform your life to it.”

Every one of these fathers cast as a role model made sacrifices — all the way from doing the dishes to taking time out of a busy schedule to play with their children or listen to their tales of woe. Some of the sacrifices were major. Shifting from a high-paying job to one that pays less, in order to be closer to one’s family, is not easy. Neither is diving into the sewage of a septic tank to save a son with Down syndrome from drowning, which cost one father his life.

The virtue of piety takes center stage in many of these accounts, as one might expect, given that seven out of 23 of Rowley’s writers are priests, and another two — Anthony Esolen and Patrick Madrid — have distinguished themselves as lay fishers of souls. Piety comes in many shapes and forms. One father led a daily Rosary. Another knelt prayerfully each night beside his bed. A third told his children that “any career that doesn’t allow for daily Mass is not much of a career.” Then there is Prof. Rice, who participated in eucharistic adoration and crossed himself or said a quick prayer every time he passed a church.

Being taken to pray for an end to abortion at a women’s “health” clinic, having to dress appropriately for the Lord’s banquet — these and many other memories are lovingly chronicled. But I take my hat off to one father in particular. Dissatisfied with the preaching at his local parish, he packed his kids into the car on Sundays and drove them to a church 30 minutes away, where they could count on proper formation from the pulpit.

Although this is a book about fathers, the importance of mothers in the raising of children cannot be overstated, and many of Rowley’s writers give credit where credit is due. But this simply brings us full circle to the principal point of the volume under review, namely, that husbands need not do a lot of heavy lifting domestically to be influential. Oftentimes, hearty cooperation with arrangements made by a wife or one of the children is all that is needed.

In sum, Because of Our Fathers is more than a refreshing antidote to the trendy downgrading of paternal authority. Practical and uplifting, the book makes good reading for those contemplating marriage or anyone confronting the challenges of conjugal life. Biography is great for teaching, and this is biography at its best, written by authors with firsthand knowledge of their subjects.

Reclaiming Our Roman Catholic Birthright: The Genius and Timeliness of the Traditional Latin Mass

Since Pope Benedict XVI promulgated Summorum Pontificum in 2007, there has been a renaissance of traditional Catholic resources on prayer (Ancilla Press), music (GregoBase, the Gregorio Project), rubrics (Ancient Papal Liturgy & Related Papal Ceremonial, on Facebook), the General Roman Calendar (1962ordo.today), the Roman Missal (MissaleMeum.com), the Divine Office (DivinumOfficium.com), weddings (LatinMassWedding.com, @1962bride on Instagram), books (GregorianBooks.com), commentaries (Sermonry.com), scholarship (Fr. Felix Just, S.J.), and Holy Week (Pre1955HolyWeek.com). In 2020 there were Sarum Vespers in Philadelphia and a Solemn High Mass according to the Rite of the Holy Sepulchre (Carmelite Rite) in Middletown, New York. Traditional hand missals (Lasance, St. Andrew’s) go for ever-rising prices online. Even listing the highlights of traditional Catholic blogs is too daunting to consider. All this is in addition to the stalwarts like FishEaters.com, The Latin Mass magazine, and a battery of newspapers.

A welcome addition to the above is Peter Kwasniewski’s Reclaiming Our Roman Catholic Birthright. Dr. Kwasniewski is a regular contributor to numerous traditionalist periodicals and websites, and his latest work is highly relevant to the present liturgical debates. The book’s first section, “Orientation,” is a persuasive and passionate set of claims about the legitimacy and superiority of the Traditional Latin Mass (TLM) according to the 1962 Roman Missal. Kwasniewski’s commentary on specific gestures and words in the Mass is particularly moving and instructive.

The second section, “Objections and Replies,” goes on the offensive and includes rebuttals, interviews, and debates with readers. Though this section is less cohesive than its bookends, it contains some of the most interesting and provocative content. Antiquarianism, aestheticism, an overemphasis on tradition — all charges are explored in detail.

The third section, “Present and Future,” is devoted entirely to children and the TLM and will be convincing to the degree that the rest of the book has convinced the reader. This section at times takes a sharp turn into the practical — i.e., describing a reflective, near-silent car ride home from Mass — that may lose parents who have not achieved such equilibrium.

These sections are buttressed by a robust index, glossary, and bibliography. As parts of the book are reworked material from the author, there is some redundancy of content and unevenness of tone. That said, many chapters stand on their own, and the book functions well as a reference work.

Reclaiming Our Roman Catholic Birthright is not purely a commentary on the TLM, like James W. Jackson’s Nothing Superfluous (2016); or predominantly philosophical, like Martin Mosebach’s The Heresy of Formlessness (2002); or strictly a narrative of events, like Ralph M. Wiltgen’s The Rhine Flows into the Tiber (1966). It is a little of each, but it is primarily an apologetics manual. Its audience is those already interested in the subject, including traditional Catholics and students of the liturgy and Church history (hence Reclaiming Our in the title). Its goals are to show not only that the ever-popular “Reform of the Reform” thesis has failed and that the Novus Ordo Missae was an unprecedented innovation, but that the two forms of the Mass cannot coexist.

Kwasniewski’s writing clearly aims more toward those already convinced of his arguments, and he includes more than a few allusions to politics within the Catholic world, such as overt hostility to the episcopacy, marginalization of traditional Catholics, a “homosexual clerical power caste,” and banishment of traditionally or even conservatively inclined clergy. The book would have benefitted from more primary-source descriptions of the pre-conciliar Church and the sudden disappearance of, for example, Sunday vespers and May processions, which, in turn, would have strengthened the book’s thesis that post-conciliar reforms were top-down, unwanted, and resisted.

These gaps aside, the diversity of the book’s sources shines: the foundational (scriptural, patristic, papal); the saintly (mystics, scholastics, missionaries); the non-Catholic (P.G. Wodehouse, C.S. Lewis); some novels; and, most interesting to me, a wide array of new media. Conversations on social media are cited, as are podcasts, blogposts, forums, emails, anecdotes, and even a high-school valedictory address.

Kwasniewski quotes directly from a number of mid-20th-century reformers — e.g., Fr. Pius Parsch, Archbishop Annibale Bugnini, and Fr. Louis Bouyer — to devastating effect. The net result of these quotes, always with page numbers for quick reference in otherwise enormous tomes, is compelling proof of the fact that many reformers were “blinded by optimism,” a necessary charitable judgment in the heated liturgy wars, and that many reformers did intend their reforms to be a clean break from the pre-conciliar liturgy.

Perhaps the most interesting chapter of the book is one of the shortest, “Understanding Tridentophobia.” Kwasniewski thoughtfully explores ongoing hostility to the TLM and frames the situation as a result of psychological abuse. Without question, many of these reforms happened rapidly, with little to no recourse for the unenthused. The author’s thesis is that many clergy and laity chose to gaslight themselves, telling themselves that the pre-conciliar Church was bad, and thus these changes were needed. To discover, decades later, that the reforms were unnecessary, went too far, or were made in bad faith, and that younger generations have rediscovered and revived traditional practices, may provoke a reaction not unlike that of a traumatized person who is forced to recast his entire reality.

A particular strength of the book is that it situates the “liturgy debates” not in a 1962 vs. 1969 paradigm but in the entire history of liturgical development, from the early Church to medieval flowering to Tridentine pruning to modern experimentation. The timeline then becomes more complicated, with the Divine Office reforms under Pius X, the 1955 Holy Week reforms, and various experimentation dating from, conservatively, the 1940s to the 1960s.

If friendship really is tied up with virtue and our eternal well-being, then it requires work, much as the romantic life does.

The current crisis is a result of private judgment that denies, or at least reshapes, objective reality combined with loss of belief in God-given ecclesial authority.

Restoring Truly Sacred Music... Crossing the Tiber?... Don't You Realize that Our Church is Crumbling Fast?... Good Effects Are Not Good Enough... Free the Traditional Mass...