Volume > Issue > Why Nothing Ever Changes in Public Education 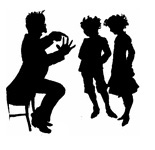 Barbara Nauer, of St. Louis, has had essays and reviews published in College English, National Review, and other journals.

If you want to have detailed, up-to-date knowledge of the state of this nation’s K-12 education, read this book. Read it — and weep.

Time was when thoughtful books giving overall assessments of the state of U.S. public education appeared roughly a generation apart. A new summary appraisal would come out roughly every 20-25 years. Not any more.

This new overview presented by J. Martin Rochester, a political science professor at the University of Missouri-St. Louis, follows by just a few years the eye-opening assessment made by Martin Gross in his 1999 work titled The Conspiracy of Ignorance: The Failure of American Public Education. Gross himself updated Charles Sykes’s monumental study of 1995 titled Dumbing Down Our Kids: Why America’s Children Feel Good About Themselves But Can’t Read, Write or Add.

The number and increased tempo of these earnest jeremiads about our schools reflects a rising desperation. Alarmed scholars, parents, and teachers turn out carefully documented reports on how inferior the education in basics is. Each author clearly intends that the shock effect of what he is bringing to light will generate in the public that critical mass of discontent that inspires significant change. But nothing ever changes.

J. Martin Rochester’s chief concern is with the “attack on excellence” mentioned in his subtitle. Rochester’s illuminating opening chapter, “How I Became a Soldier in the Great American Education War,” shows that he has been as involved in the education of his two sons as is possible for a parent who is not home-schooling them. Parent nights, school board meetings, the Missouri legislature — Rochester dutifully did them all.

Like so many parents, he had become dismayed to discover, first, that his children, whom he had enrolled in St. Louis’s “best” public schools, were receiving an education that was far less rich and ennobling than the one he received as a child and, second, that the public school establishment was promoting this as a matter of policy.

His quarrel, he tells us, is with the whole progressive education movement: “Virtually all of the latest fashions in K-12 education that I have surveyed — multiple intelligences, whole language, fuzzy math, self-esteem building, multiage classrooms, block scheduling, etc. — are rooted not in concern for the highest-achieving student, or even the average student, but the most educationally ‘disadvantaged’ student.”

In short, says this informed parent and educator, we are “bringing the top down to the level of the bottom.”

Indeed we are. This present reviewer, drawing upon her own experience as a career teacher who has held positions in several different states, cries Amen! to all that Rochester puts forth. His facts are correct, his grip is sure, and his lively prose makes for engaged, often amused reading. If Rochester had resided instead in California, New York, Nebraska, or Mississippi, his experience with the public schools would have been essentially the same. School blight is ubiquitous. What is at work everywhere in the steady decline of scholastic standards and behavioral expectations for school kids is nothing but the Marxist-flavored egalitarianism of the streets and of the liberal Democrats.

Rochester does not make explicit this connection with creeping egalitarianism, but he does recognize it. He admits that his experiences in dealing with today’s educators — administrators in particular — has shaken his liberalism. About that he writes: “As suggested by my scholarly interest in the UN, I have spent much of my adult life as a liberal — participating in the civil rights movement and the anti-war protests of the sixties, delighting in the Republican downfall over Watergate in the seventies, speaking out against some of Ronald Reagan’s Cold War policies in the eighties, and even privately wondering whether impeachment was the right punishment for Bill Clinton’s sexual dalliances in the nineties. All the while, however, I sensed that, as I was aging, I was becoming more and more alienated from the left.”

To which one can only respond: What took you so long? For what Rochester rightly sees as dooming the public schools, namely, educators’ obsession with enforcing equity at the expense of excellence (and everything else), has been driving school policy in one way or another since John Dewey (1859-1952) and his successors decisively asserted themselves as the permanent driving force in U.S. intellectual and cultural life.

By the late 1950s the revolutionary overthrow of traditional classical education was a fact. Humanistic psychology was the new queen of the sciences. Science itself had morphed into scientism. In short, modern atheism’s central values of pragmatism and utilitarianism — the world vision concocted out of contributions made at various times by Darwin, Freud, Marx, Will James, Margaret Mead, Carl Rogers, Timothy Leary, and the depraved Hollywood crowd — had all but replaced the older biblical worldview represented by Jonathan Edwards, John Carroll, and the divines who founded America’s early sectarian colleges.

Later expediency, practicality, the bottom line — all subsumed under the euphemism careerism — would increasingly override all other considerations in U.S. education, including many private schools. But by singling out for criticism the influence on the American academy of a clique of high-placed atheists and agnostics, I am giving the reader my analysis of what caused U.S. schools to decline so rapidly during the late 20th century. This is not how Rochester sees things.

He faults the Dewey-inspired intellectuals of the 1930s and 1940s, yes, but chiefly because they came up with and widely promoted “child-centered” learning. Educational progressives, he tells us, “have long dreamed of classrooms where children work independently and cooperatively, relatively free of adult direction, grading, and other such ‘constraints.'” To him, the source of the present educational declension lies with the prolonged use by classroom teachers of some ill-advised teaching methods designed by progressive academics.

But right here, in its author’s belief that our schools declined due to misguided teaching and learning methods, lies this book’s chief weakness. And it is a weakness that Class Warfare shares with virtually all commentaries by liberal academics concerning the awful state of K-12 education. As a class, academics invariably fail to see the rise of child-centered learning as being an effect before it ever became a cause.

They refuse to face the fact that the rapid secularizing of American intellectual life during the period of the two World Wars was the force that made possible and, in fact, directly generated the whole child-centered or progressive movement. It was no accident that those academics who ushered in the “non-judgmental” classroom were the same crowd of militant agnostics who founded the American Humanist Association and later popularized the writings of the archenemy of the Catholic school system, Paul Blanchard.

To the Ivy League elites of the Depression era, the traditional public school classroom was anathema and had to be replaced, but not because it hadn’t worked. It worked superbly, providing the scholastic basics, teaching with discipline (“tough love”) and systematic thoroughness, along with a Judeo-Christian worldview. That worldview was the problem. To grasp what happened, we need only examine more closely those old-time schoolteachers Rochester fondly remembers. I too had such teachers. They were great teachers mostly because they saw themselves, their schools, and their young charges as being under God. They were not philosophically confused, half-enslaved state functionaries like the products of today’s politically-correct, psychology-addled departments of education.

In the older public schools, which had Protestant foundations into the late 1940s, most teachers were believers and considered teaching a vocation. They saw themselves as imparting knowledge and values derived from both the earthly and unearthly orders of being — the “wisdom of the Greeks” plus the content of divine revelation. They were carriers of the world’s Greatest Civilization, and they knew it. Proud of it, they strove to raise the bottom layer upward to where the top was, and meanwhile elevate the minds and hearts of everybody’s kids even higher.

This is why, since then, things in the schools never change. Those in charge merely stir the tepid bath water, having long ago thrown out the precious baby.

Our Children, the Public Schools & Our Toxic Culture

Last winter, after having been a businesswoman for seven years, I returned to teaching, accepting…