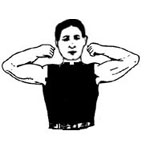 The Ordination of a Priest: Reflections on the Priesthood in the Rite of Ordination

Fr. John-Peter Pham is a priest of the Diocese of Peoria.

One could make a convincing argument that the crisis in the contemporary Catholic Church is essentially a crisis of priestly identity. The resolution of that identity could settle many a question, from the most prosaic to the most fundamental. To give but one example, the endless quarrels in parishes and religious communities over who does what and when could be put to rest in short order if a resolution could be reached over whether the celebrant at Mass simply functions as the “presider” at a community event or acts as a cultic priest (the Latin sacerdos or the Greek hierus) offering a propitiatory sacrifice.

Each of these two possibilities carries with it a series of theological implications. A community assembly does not need to reflect beyond the individuals immediately involved, whereas a cultic sacrifice implies a transcendent Other to whom the offering is directed. In a community assembly, any action is simply the collective sum of the activity of those gathered (thus, in some parishes, perhaps, the Howdy-Doody rituals inflicted on Mass-goers might conceivably be justified). But in a cultic sacrifice the action is but a response to the initiative of Another (and thus the same Howdy-Doody routine would be an affront to the Divine Majesty). Just settling the question of “presider” or “priest” could spark resolution of a host of issues — authority, salvation, the (non)ordination of women, and more.

From the time of the Fathers until relatively recently, the Church has understood the identity of her priests principally in the sacral terms understood in ancient Israel: Priesthood revolved around sacred rites through which the priest mediates between the human and the divine. Certainly the Council of Trent understood priestly identity in these terms, defining the Catholic priesthood in relation to the power to offer Mass and forgive sins.

The liturgy is the very activity to which the priest is ordered. And if theology is the study of the salvific action of God in Christ, then liturgy must be both an object and source of theology, for liturgy is first and foremost an action of God in Christ. Since theology aims at understanding, one could argue that the study of theology ought to begin with the study of liturgy — and that the sacred liturgy as a theological source ought to enjoy equality, at the very least, with the opinions, however considered, of theologians.

It was certainly this way in the golden age of the Fathers of the Church. The theologians of the early Christian centuries appreciated the principle of lex orandi, lex credendi, that the “rule of prayer” established the canon of belief. St. Basil the Great, for example, defended the divinity of the Third Person of the Trinity in his controversies with the Pneumatomachians by referring to the doxologies of the ancient liturgies and their significance.

It is therefore with great delight that this reviewer greets the return to a liturgical theology exemplified by The Ordination of a Priest. Benedictine Father O’Keefe, president-rector of St. Meinrad School of Theology since 1996, begins with the premise that liturgical actions and the words spoken by the assembly in its worship, having developed through a long tradition and having been defined by the authority of the Church, can shed new light on the Church’s fundamental beliefs. While the rites of ordination have been variously adapted through the centuries, the essential elements (most notably the laying on of hands) come from the earliest days of the Church. The words and actions of the Rite of Ordination to the priesthood offer a rich understanding of priestly identity and mission.

What O’Keefe brings us is not so much a play-by-play commentary on the liturgy of ordination (although he does comment on all the major actions and words of the rite) but a reflection on the priestly identity which the rite itself reveals. Chapter One discusses the nature of the priest who is called to act in persona Christi capitis (“in the person of Christ the head”). The priestly identity is uncovered in the homily text which the Rite of Ordination provides: The priest is to share in the threefold mission of Christ as priest, prophet, and king since “by consecration he will be made a true priest of the New Testament, to preach the Gospel, sustain God’s people, and celebrate the liturgy, above all, the Lord’s sacrifice.” Chapters Two, Three, and Four examine, respectively, the priest’s mission as preacher/teacher, as priest, and as shepherd.

From this consideration of the priesthood in the abstract, O’Keefe proceeds to reflect on the identity of the concrete priest in relation to others. Chapter Five examines the priest’s identity in relation to his bishop, who prays in the consecratory prayer of ordination: “Lord, grant also to us such fellow workers, for we are weak and our need is greater…. May he be faithful in working with the order of bishops, so that the words of the Gospel may reach the ends of the earth.” Chapter Six studies the priest in relation to the presbyterial order, beginning with the symbolic vesting of the newly ordained by other priests and the exchange of the kiss of peace. This aspect of priestly identity, perhaps more than many others, needs to be reinforced in the present day when the declining numbers of priests, coupled with the increasing numbers and demands of the faithful, have effectively isolated priests from one another.

Chapter Seven begins with the fourth examination question posed to a deacon about to be ordained a priest: “Are you resolved to consecrate your life to God for the salvation of his people?” This question goes to the heart of the priestly identity: a divine vocation fundamentally for the salvation of others. Chapter Eight rounds out the volume with a meditation on the words spoken at the presentation of the gifts to the newly ordained priest at his ordination: “Know what you are doing, and imitate the mystery you celebrate: model your life on the mystery of the Lord’s cross.”

The Ordination of a Priest is written in an easily accessible style and is recommended as spiritual reading for priests and seminarians. It will also be of great interest to any informed reader who would reflect more deeply on the identity of the priesthood. Finally, this reviewer would commend the volume to theologians as an excellent model of how to recover a liturgical theology.