Volume > Issue > The Most Important Things in Life Are Obligatory 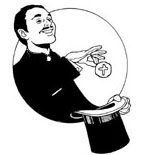 By James F. O'Callaghan | March 2018
James F. O'Callaghan is a retired Foreign Service Officer who served in South America, Italy, and Africa. He lives in Maple Valley, Washington. His articles have appeared, among other places, in First Things and Homiletic and Pastoral Review. He has published two novels, No Circuses and The Man Who Saw Things, as well as a collection of poems, stories, and essays, Altar Boys, Demons, and More.

Our Latin Mass parish is distant, so my wife and I sometimes attend a local parish where the number of people at Mass seems to be steadily declining. The priests are not to blame; they are kindly and try hard to inspire. But perhaps unknowingly, or just inevitably, they contribute to the present state in which attendance at Mass is considered optional.

I don’t remember when I first heard a priest say, “Thank you for coming,” but I remember thinking it a strange thing to say, as if the congregation had done him a favor. Equally strange is the “Good morning” with which the Mass begins. The phrase is social, as if the celebration were to be understood as a festive occasion rather than a solemn sacrifice in fulfillment of the commandment to keep holy the Lord’s Day. In the latter case, no one expects thanks for simply showing up.

Childhood memories can be treacherous. When not flatly wrong, they are often framed by the uninformed thoughts of a child. Nonetheless, I remember clearly when Sister Margaret, speaking for the pastor and hence the bishop and hence the pope who is the Vicar of Christ, said we were obliged to attend Mass on Sundays and holy days of obligation. Further, in the Mass, the same chain of authority prescribes every prayer and gesture. She never said anything about our enjoying Mass, though she did insist on our participation: Don’t daydream about baseball and such; get your head into it. Contemplate the mystery and the gift.

That sense of obligation seems a thing of the past. Georgetown’s Center for Applied Research in the Apostolate (CARA) estimates that Mass attendance among “self-identified adult Catholics” fell from 55 percent in 1965 to 22 percent in 2016. Why did the sense of obligation weaken? One can argue this or that angle; such arguments have been carried on for years. It is enough here to note that it has weakened. In place of the lost sense of obligation, many well-meaning priests apparently hope to attract people by making the Mass seem enjoyable. Some priests have even begun referring to “holy days of opportunity.”