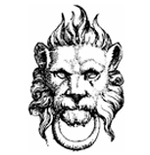 The Barbarian Conversion: From Paganism to Christianity

John-Peter Pham, a priest of the Diocese of Peoria, is the author of four books and more than a hundred scholarly articles.

There is the notion among Catholics that with the Emperor Constantine’s victory at the Milvian Bridge not only did the persecution of Christians end but the known world became Christian overnight. Yet as Richard Fletcher shows in The Barbarian Conversion, the conversion of the pagans was by no means instantaneous or inevitable. England did not embrace Christianity until the baptism at York of Edwin, King of Northumbria, on Easter Sunday of A.D. 627; and the christening of Europe was not completed until Jogaila, Grand Duke of Lithuania, was baptized as Wladislaw at Cracow in 1386.

What happened during the thousand years from Constantine to Jogaila that made Europe Christian? And how did it work? In answering these twin questions, Fletcher musters a breathtaking mass of documents, case histories, and stories — with a cast of hundreds of vivid individuals — and puts them all through an impressive series of analyses and commentaries. It is a big book but an engaging one, clearly pursuing four points of inquiry, points not merely of historical interest but also of application to the Church today as she prepares for a new millennium with a much talked about “new evangelization.”

First, there is the question of apostolic impulse — the question, Why? Why did Pope Gregory the Great send a mission to convert the English? What was it that took Patrick to Ireland and Adalbert to the Poles? Why did Boniface go to Germany, Anskar to Sweden, and Cyril and Methodius to Moravia? As strange as it may sound in an age like our own, when all too many religious figures have wasted centuries of accumulated moral capital on such fly-by-night schemes as witnessing for Sandinistas, Fletcher shows in case after case that the evangelists who went out among the peoples and tribes spilling into the old Roman empire had little motivation other than the fulfillment of the Lord’s command: “Go therefore and make disciples of all nations, baptizing them in the name of the Father and of the Son and of the Holy Spirit, teaching them to observe all that I have commanded you” (Mt. 28:19-20).

Fletcher’s second point of inquiry is complementary: Why did the converts convert? What did they expect of the Christian faith? As Fletcher notes sadly, an impious age is “apt to be embarrassed or bewildered by the concerns of more pious epochs.” Thus our age has found it convenient to explain the acceptance of the Christian faith by explaining it away, by pointing to Clovis’s wish to enlist the support of the Gallo-Roman episcopate, or to the desire of the Kievan Rus merchants for favorable trading terms in Constantinople, or to Gedimas’s need for German technical expertise. Yet Fletcher’s chronicle is a reminder for us — as King Edwin’s mysterious nocturnal visitor reminded him in the famous story in Bede’s Ecclesiastical History — that what Christianity offers is not the here-and-now but the eternal, a God Who can give salvation.

Fletcher’s third inquiry is into how the evangelists set about the business of conveying the faith and its associated ethos of conduct. And his fourth is into the often delicate problem of the adaptability of the Christian message. What might be demanded of converts to the faith? What did the new converts make of the Christian faith and its demands? How did their new faith affect their lives and the life of their societies? Unlike those today who associate the missionary endeavor with adapting Christianity to the culture of those being evangelized, the missionaries of the age of the evangelization of Europe saw themselves as messengers of a Christianity closely associated with romanitas, as bringing newly converted pagan nations into the fold which would become Christendom. Monasteries and other religious foundations brought Latin literature and law to the newly Christianized peoples. Thus it was that King Clovis, newly baptized in 496, could give the Franks their code of law, the so-called Pactus Legis Salicae, the first surviving version of the famous Lex Salica or Salic Law. St. Remigius, it seems, had not been content merely to shepherd the barbarian warlord into the Christian fold but also schooled him in the ways of Christian kingship.

Fletcher’s inquiry into the conversion of a continent is for the modern reader a valuable corrective to the individualism that has characterized the notion of religion since William James’s 1902 The Varieties of Religious Experience. Basing his investigation on Anglo-Americans of the Protestant, evangelical tradition of the 17th through 19th centuries, James arrived at a notion of conversion that was individualistic and spiritualistic. There are, indeed, chronicles of a single soul’s journey in Catholic antiquity — witness Augustine’s Confessions, or Anselm’s Life as recorded by his disciple Eadmer — but it would be implausible to generalize from their sublime experiences to those of the vast throngs surrounding them.

Would it be more accurate to speak of the acceptance on the part of these pagan masses of a fides presented to them, a “faith” that encompassed an entire body of Christian observance and a social sense of Christian community? In making this argument, Fletcher deploys an impressive array of evidence — some of it even archaeological — to show that a Christianity which is to take root must transform the culture around it and that where a sharp dichotomy existed between the religious and the civil spheres, the religious had not yet become incarnate and the civil was built on sand.

Today, as the Church stands on the brink of her third millennium, she faces anew the task of bringing the Gospel to the pagans and neopagans, those outside her fold as well as those within who are affectively and spiritually outside. To meet this challenge, she would do well to contemplate the history of her first, glorious millennium and find therein the keys to future success. In such an endeavor, Fletcher’s masterly panorama is a compelling guide.