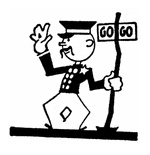 AN INVERSION OF PRIORITIES

By Charles Molineaux | June 2008
Charles Molineaux, K.M., is an attorney, international arbitrator, and freelance writer living in the Diocese of Arlington, Virginia. His articles and poetry have appeared in The Wall Street Journal, The Georgetown Academy, the Fellowship of Catholic Scholars Quarterly, and The Catholic Lawyer. This article is based on a talk given at the October 2007 meeting of the Society of Catholic Social Scientists in New York. The opinions expressed are those of the author alone and do not necessarily represent those of organizations of which he is a member.

The mission of the Catholic Church is evangelization — the bringing of the Good News to mankind, the bringing of mankind to Christ. The word “evangelization” has been reclaimed from the tele­vangelists, but to put it in the vernacular, we might say that it is about public relations, about putting out a message. The Church has had a continuing evangelization disaster, a public-relations disaster, on its hands since 2002, when revelations surrounding its internal abuse-and-cover-up scandal first came to light, partly as a result of an inversion of episcopal priorities: placing concern for property and the institutional Church ahead of concern for souls. The present public opposition, by most dioceses, to extending statutes of limitation continues the same mindset and exposes the institutional Church to the charge of hypocrisy.

A statute of limitation is a legislative act that limits the time within which a legal action must be brought. Statutes of limitation are, in short, pragmatic and practical devices to preclude stale legal claims. In a sense, the idea of statutes of limitation embodies the maxim (and maxims are often merely slogans, not necessarily embodying legal principles, much less natural law): Vigilan­tibus et non dormientibus aequitas subvenit — that is, the law aids those who are vigilant, not those who sleep on their rights.

Statutes of limitation are legislated and vary from state to state, representing a sort of pragmatic judgment call by a particular legislature, perhaps influenced by lobbyists for the insurance industry, perhaps influenced by the plaintiffs’ trial bar. The usual rationale in favor of statutes of limitation is that old claims are hard to defend against because of the passage of time, the fading of memories, the disappearance of witnesses, and the loss of records. This argument ignores the reality that the burden of proof is on the plaintiff in any event, and that, in trial combat, as in military combat, it is usually easier to defend than to attack. An even less appealing rationale is that statutes of limitation are calendar-clearing devices, a way to reduce overcrowded court dockets — the courts already being burdened by a surfeit of lawsuits. There is a Latin maxim for that as well: Interest reipublicae ut sit finis litium — it is in the interest of the state that there should be an end to litigation. Latin, as we know, is back in fashion.

There is obviously a certain degree of common sense about the principle of statutes of limitation — potential plaintiffs with good claims do not tend to merely sit on them but demand redress — but there are recognized exceptions. The running of the fixed time within which to bring a lawsuit for an injury can be tolled (i.e., suspended) or extended. These exceptions to statutes of limitation vary from state to state but generally fall into two categories: (1) concern with either discovery of an injury, sometimes referred to as delayed discovery or notice exception, or (2) the impairment of the potential plaintiff for such cause as his minority age or mental incompetence. The usual simple example of the notice situation would be the belated discovery, long after a hospital stay, of the proverbial sponge-left-in-the-stomach; time runs from the date of discovery, not from the date of the negligently performed operation. The idea of tolling during minority, until a plaintiff reaches the age of majority, is to protect the legal rights of those unable to assert their own rights and to mitigate the difficulty of preparing a suit while a party is under a disability; the same rationale applies to a mental incompetent.

As the Tables Turn

The shift in the Congregation for Bishops could signal a coming sea change in the type of bishops and priests who are tapped to head American dioceses over the next decade.