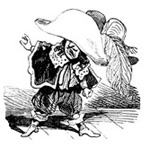 By John Lyon | September 2016
John Lyon is a graduate of the University of Notre Dame (B.A., 1954; M.A., 1955; Ph.D., University of Pittsburgh, 1966). He has held administrative positions at several schools, including Chairman of the Program of Liberal Studies at Notre Dame; Director of the Humanities Division in the Indiana Academy for Science, Mathematics, and the Humanities at Ball State University; Dean at Kentucky State University; Director of Education Programs at Hillsdale College; and Educational Advisor at St. Mary's University (Minnesota). He was also a member of the Department of History at Duquesne University and the Department of Language and Literature at Lakeland College. More recently, he taught literature and history at Providence Academy Prep School in La Crosse, Wisconsin. He has also farmed, raising berries, flowers, vegetables, and apples, and operated a stall at the local farmer's market in Bayfield County, Wisconsin.

This past spring, several Catholic universities awarded honorary degrees or gave special awards to persons of doubtful Catholic bona fides. The University of Notre Dame, for example, bestowed its highest honor, the Laetare Medal, on Vice President Joseph Biden and former Speaker of the House John Boehner. University President Rev. John Jenkins, C.S.C., wished to honor these presumed paragons of civil discourse for, as he phrased it, putting “the good of the nation above partisan victory” and doing so with “respectful dialogue” and “honorable compromise.”

During springtime at Notre Dame, segments of the campus can be breathtakingly beautiful. In fact, it has often seemed to me that Notre Dame is a university held together by the grounds crew. Higher purposes float about variously, but the lakes, the basilica, the quads, the grotto, and the approaches to the university all bespeak inspiration. Except for the patina of ages that glazed everything, the Oxford of Evelyn Waugh’s generation celebrated in Brideshead Revisited could hardly have been more enchanting. Yet, at Notre Dame, an air of uncertainty, of a corporate split-personality, hangs awkwardly about.

It is perhaps fruitless for amateurs, and dangerous for professionals, to try to psychoanalyze public leaders such as Fr. Jenkins for the sake of eliciting motives. But the actions they take, and their predictable consequences, are open to public scrutiny. The anger at what would be seen by some as the inappropriateness of the awardees was readily foreseeable, accentuating divisions in and beyond the Catholic community, and further alienating various constituents of the university (including a significant segment of the episcopate). Simple scandal — a “stone for stumbling” — was manifest for many who would celebrate the integrity of the university and the Church in less contorted ways than those necessarily set before them by the public awards.

Certainly, “respectful dialogue” is a good thing, particularly in troublous times, and ought to be celebrated in some fashion. But “respectful dialogue” is not self-evidently a good thing that trumps other good things in the particular circumstances surrounding the university’s awarding the Laetare Medal, particularly when one of the awardees has a record of civic schizophrenia (e.g., “personally opposed to…but publicly supporting” various legal measures that inevitably carry the most serious moral consequences for society). In precisely what substantive hierarchical order does this decision find its warrant?

The great problem besetting not just the Jesuits but the Catholic Church in America and the Western world more generally is wealth.