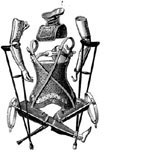 This January marked the 45th anniversary of Roe v. Wade, the U.S. Supreme Court’s fateful decision to legalize abortion across the land. Since 1973 an estimated 60 million-plus preborn babies have been put to death in the U.S.

This January marked the 14th anniversary of the Walk for Life West Coast, one of several marches in major cities across the nation promoting the pro-life alternative to abortion. Since 2005 tens of thousands of people from around northern California (most of them Catholics) have gathered to hear speeches and attend Masses and other ancillary events that culminate in a parade through the streets of downtown San Francisco. This year, a stable of speakers that included Archbishop Salvatore Cordileone, Shawn Carney of 40 Days for Life, and the “godfather” of the pro-life movement, the great Joe Scheidler of the Pro-Life Action League, was on hand to rev up the attendees, who welcomed their messages of hope and encouragement.

One of the most oft-repeated hopeful messages of the day — an unseasonably warm and sunny day by San Francisco standards — was that the pro-life side is winning the fight against abortion. We are winning! more than one of the invited speakers (though not those mentioned above) bellowed into the microphone, to whoops and applause from the gathered crowd. Pro-life pundits and the Catholic media repeated this phrase, or variants of it, in the wake of the walk. Is it just a coincidence that so many people stayed on theme? Either the memo went out in time, or they all decided independently to parrot Vice President Mike Pence’s address to the March for Life in Washington, D.C., in which he said, “Life is winning again in America!”

Now, nobody expects speakers at a rally-the-troops event like the Walk for Life to provide hard data or detailed evidence to prove the validity of such an assertion, and none was given. So we were left to wonder: Are we really winning? In what sense could this be true?

For the sake of your own immortal soul, and for the sake of the lives of the unborn children your ideology menaces, please rid yourself of this delusion.

The Christian View of Sex

Men and women today are tired of unfaithfulness, tired of shallow and brief relationships. They crave something more meaningful and reliable.