Volume > Issue > An Apologia for the Local Parish 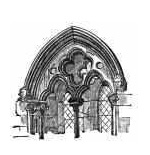 An Apologia for the Local Parish

ON NOT GIVING UP

By Paul Koenen | September 2010
Paul Koenen is a software engineer in the Boston area. With his wife and nine children, he resides within the bounds of St. Paul's Parish in Hingham, Massachusetts.

Growing up in a Western capitalist country during the Cold War, I took pride in how well our free-market, consumer-driven economic system worked, especially in contrast to the failed economies of the Soviet bloc countries. I was steeped in Adam Smith’s ideas of wealth creation — how both sides of an exchange profited when producers created products and services of good quality that were in reasonably high demand to exchange for other products and services that consumers in turn wanted to consume and enjoy. In the Soviet bloc, people didn’t have such choices, and they were forced to follow decisions made by central bureaucrats. Their system produced inferior and undesirable products. Western capitalism was proof of how free people making choices based on their own self-interest would ultimately produce the best results.

But this consumer-driven way of thinking often has a negative outcome when applied to relationships outside the business world, as it too often is. It encourages us to opt for relationships that serve our needs and to give up on relationships that become difficult or troublesome. We calculate the negative or positive net value of investing the effort to keep relationships alive: Why should I forgive and reconcile with another person whose company doesn’t have that much to offer? What’s in it for me?

Lives and relationships consequently become utilitarian, superficial, and temporary. We end up rationalizing relationships as if they were consumer-motivated choices. Not happy in your marriage? Get a divorce! Not happy with being pregnant? Get an abortion!

We orthodox Catholics, who think of ourselves as staunch champions of Church teaching on these hard issues, are likewise prone to this phenomenon of abandoning relationships when we’re unhappy. Some of us leave our parishes if the pastor displeases us with his apparent unorthodoxy, or because we don’t like what he focuses on or what he ignores, or because of his weak skills as a homi­list. We abandon parishes that give us poor quality music and banal lyrics. We ditch parishes that experiment with liturgical innovation because we’ve found a church across town that has good, old-fashioned worship. We pride ourselves on seeking out solid homilies, traditional music, and reverent liturgy, and we will travel far to find them. We might argue that we are exercising our rights by walking away from and withholding our support for inferior offerings. Yet something about this consumer-like approach strikes me as wrong when applied to one’s local parish church, this uniquely Catholic manifestation of the universal Church.

From "Renovation" to Restoration

The pew Catholic, however ignorant he may be of church architecture, has his Catholic intuition and common sense. If he says it looks ugly, it’s because it is ugly.

Clerics & Curates: Who Needs Them?

The loss of spiritual paternity within contemporary Catholicism is profound.