Volume > Issue > The Realm of Reason 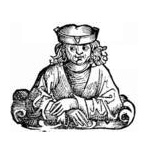 The Realm of Reason

By Douglass H. Bartley | May 2010
Douglass H. Bartley of Ely, Minnesota, a former judge, is the author of a treatise on the Constitution, The Kiss of Judice: The Constitution Betrayed: A Coroner's Inquest and Report, a work in search of a publisher, and a blog, "Pastoral Republican," found at http://douglassbartley.wordpress.com/. Epistle 1, "The Proof of God's Existence," appeared in the January-February issue of the NOR. Epistle 3, which addresses "The Realm of Faith," is forthcoming.

“Words are like leaves, and where they most abound,
Much fruit of sense beneath is rarely found.”

The aim below, ’tis my wish and my hope:
Comply with the decree of Master Pope,
And squander not words, nor waste precious time,
And blight not Doctrine put to verse and rhyme.
For Canons ought not the foolish to bear;
So, please God, as I write this prayer,
Give content, balance, junction to each part,
And let faith be enhanc’d by reason’s art.

That God is, is prov’d by bare reason ‘lone
With demonstrations eight, as have been shown,
By Thomas from effects, Cause God deduc’d;
And other sages by whom God educ’d:
By Anselm’s concept perfect God inferr’d;
And Newman by the conscience God e’er stirr’d.

To sum, we see that in all causal chains
There must a Causer First aye to obtain.
Else we regress in expectation vain
In hopeless and perpetual refrain.
For whirlpool Hylotheism swirls in
The careless to a mean oblivion.
A fell Charybdis, reason it engorges
And in exchange, pretension it disgorges.
And from its vortex it detritus hurls
“The wrecks of matter and the crush of worlds.”

Christ, the Virile One... No Appeasement... No Longer a Conformist... Worse Than a Double Standard... In Defense of the Register...

What About Predator Lesbian Nuns?

It would appear that sexual license in women's religious orders is much worse than among priests.